Canberra start-ups to showcase creativity at Festival of Ambitious Ideas 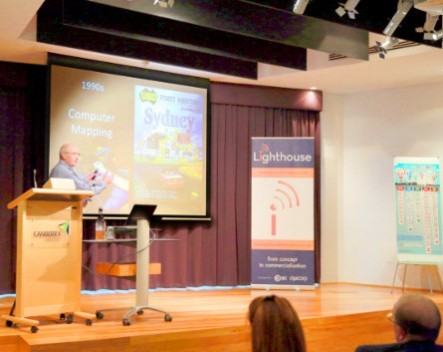 Thirteen Canberra-based start-ups are set to share their plans and visions this week at the second Festival of Ambitious Ideas, launched to showcase and encourage innovation in the Australian Capital Territory.

“One of the issues start-ups have in Canberra is people think we’re not a very innovative city, but there is a lot of activity,” Pino says. “Events like these are vital for a community like Canberra where even the locals misunderstand what’s going on here and all the incredible activity.”

This is the second time the event has been run. The first event was in March, and Pino says her team was blown away by the level of activity in the Canberra start-up scene.

“We had no idea there were so many great projects going on here that had almost no visibility beyond their own team. We’re hoping to connect people so they can network and set up collaborations,” she says.

While it’s not an investment pitching competition, Pino says one of the start-ups in the March event has received angel investment from someone who saw them pitch on the day.

The Canberra start-up community is well-placed to work with one of Australia’s largest clients, the federal government. Pino says the event is designed to encourage this connection.

“We see Canberra as an incubator in itself, with high quality graduates coming out of our institutions and one of the world’s biggest customers right here on your doorstep,” Pino says. “If you can sell something to government and make it work, you’re off to an excellent start. Nurturing that relationship is really important for us.”

Pino adds despite the ongoing conversation about the need for cities and start-up hubs to specialise, they’ve picked a diverse group of start-ups to share on Wednesday.

“There is a whole lot of discussion about whether we need to focus on something, and the natural fit would be the IT industry. But we know there is a strong cohort of creative, IT-enabled industries that we’re playing in as well.”

Amber Standley, founder of six-month-old design company APositive, told StartupSmart she was looking forward to meeting other entrepreneurs as well as possible clients and collaborators.

“I’ve got a distributed studio model, which means essentially I’m a company of one with a big network, so it’s quite scalable,” Standley says. “Canberra is starting to be a bit of a hub for innovation, but it’s only just the beginning and events like this are going to help drive that momentum.”