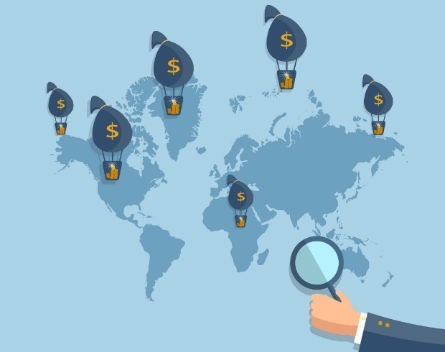 If Australia’s startup ecosystem pitched its credentials on the world stage today, how would we rate? My take would be: “a talented group, full of highly energetic people with some significant forward momentum, underestimates the impact of global competition, and needs urgent access to growth capital and talent to succeed”.

Unfortunately, Australia is at the bottom of the pack when it comes to startup formation rates, compared to other leading ecosystems – countries like Israel and the United States are producing five to 12 times as many startups, per million people, each and every year.

Largely, this is a resource issue. Australia needs to increase its access to capital and talent for Australian startups.

There is a serious need to grow the access to seed funding for new ventures in Australia, with many local startups forced to ‘bootstrap’ due to low supplies of early-stage risk capital. This is a huge barrier that if resolved, would enable early-stage startups to grow as fast as their international competitors.

In addition to low startup formation rates, Australian companies do not typically scale as well as our international competitors. A 2012 report conducted by Deloitte and Pollenizer found that entrepreneurs in Australia are significantly less likely to tackle a billion dollar market than their Silicon Valley counterparts.

This is where the power of angel investors comes into play. Often referred to as ‘smart money,’ they have time and resources to mentor and guide the leaders of the early-stage companies in which they invest, and in turn encourage more pipeline startups.

The issue is angel investors are time poor, so they typically invest into later stage companies with a track record rather than do their homework on a greater number of earlier stage startups- an issue other governments have identified and have already acted upon to correct.

With this in mind, StartupAUS is calling for the Australian government to create income and capital gains tax incentives for early-stage startup investments. Following from the successful SEIS and EIS schemes in the UK, our recommendations, amongst others, are:

This, we believe, will shift capital to early-stage startup investments and incentivise ‘smart money’ to put skin in the game and assist our best and brightest entrepreneurs to create high-growth companies.

Australia is not lacking in the requisite resources for a thriving angel investor community – the country’s wealthiest 1% hold a combined $US684 billion worth of assets. And if incentivised properly, this capital could be encouraged into high-growth startups to help drive a vibrant innovation economy.

It’s not simply the quantity of early stage capital that is the most important; it’s the volume of Australian seed investors who can assist our tech entrepreneurs beyond a small cash injection.

Peter Bradd is the CEO of StartupAUS.