CeBIT StartUp 2014 – the rundown from a startup’s perspective 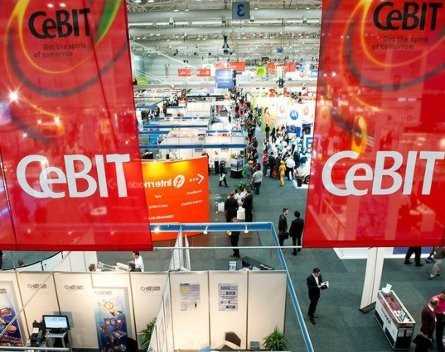 I’ve just returned from CeBIT after three days and, I have to say, I’m a bit dazed and confused. As a first-time CeBIT attendee, I thought I’d reflect on our experience to help other startups evaluate if the event is right for them in 2015.

What is CeBIT StartUp?

CeBIT Startup is a part of CeBIT: a large-scale tech event that began in Germany and is considered a barometer of the state of the art in information technology.

The startups were all hosted in “StartUp Alley”, placing us side-by-side with over 100 other startups.

Why did we go?

I am the director of marketing for Mapely, a startup that recently graduated from ilab. We had a sponsored stall so there was no financial cost for us to attend, just the loss of our team from the office. Being from Brisbane, it was also an opportunity to line-up meetings and do the “Sydney” thing.

What sort of people attended?

This year the organisers had to make a decision between hosting at Pyrmont and Sydney Olympic Park. If you missed one of the three express trains in the early morning, it was a 35-minute cab ride from the CBD – much too far to pop out to on a lunch break.

For us, this meant we had fewer tourists and more people genuinely interested in what we are working on, so for B2B it’s not a bad range of attendees. I’m not sure what impact the location had on the attendance of key decision-makers, but for us, we had a fair number come past our stand.

For businesses in a specific niche, you would need to have a game plan for how you were going to make CeBIT work in your favour and how to weed out the time-wasters. For B2C startups, conferences probably aren’t the best way to reach the masses anyway, but it could be useful for user-testing and feedback.

This event was nothing short of bizarre to me. Like everyone else, we had been asked to register our interest in the pitch event. The first questions I had were who are we pitching to and what are we pitching for?

Don’t get me wrong: I’m all-for a good pitch event. But I have to be conscious that at the stage we are at in our startup, I need to make sure I am not wasting my CEO’s time pitching for pitching’s sake.

Unless there is a clear outcome, the investment that goes into creating a pitch relevant to both the audience and the prize is potentially a misuse of our company’s time. And if we are unclear of our goals, it can be embarrassing.

It was with overwhelming sadness that I discovered the prize pool was Airbnb vouchers: $2000 for first prize and runner-up prizes of $1000 each. It’s a bit of a slap in the face to know that there’s a hackathon happening a mere 50m away with a $10k prize pool.

Most startups took the opportunity to ignore the prize pool and make the task relevant to their current needs.

Maestrano CEO Stephane Ibos used the opportunity to pitch their expansion to the US.

“Maestrano is aiming to raise money to expand to the US and we’re asking for a $5m Series B to fund our US expansion: funding the needs for a US workforce, 24/7 support, US office and funding marketing for growth in the US,” Ibos pitched.

Despite not commenting on how they would use the Airbnb vouchers during the pitch, Maestrano still managed to score a runner-up prize.

Massive credit is due to the winners: grand prize winners Mathspace and runners up Workible, Maestrano and Caremonkey. Great startups with great pitches deserving much better than this very mediocre prize.

Nat Bradford from BlueChilli said you should come to CeBIT with a clear goal in mind and that for most startups it’s about raising awareness of your business.

“It’s nice to pick up sales here and there, and it’s nice to meet the right people, but it’s generally to see what else is going on in the ecosystem, know who is doing what in your space and to share the news about your startup and your business plans,” he said.

Was it worth it?

For us, it was definitely worth attending. This was a surprise: we had low expectations and came away with a good number of strong leads and confidence in our business. We met with other startups and having a pool of so many in one location was really useful for us.

There were a few minuses: the time and monetary cost of travel if you can’t use the three express trains, the energy it takes to run a stall and be “on” for three days straight, and the overall feeling that CeBIT StartUp could have been a bit better supported by the organisers.

Some businesses did not last the three days, with at least 10 stalls with no-shows on the Wednesday.

But for us it was worth it and I would hope that over time CeBIT StartUp grows into a must-attend startup event.