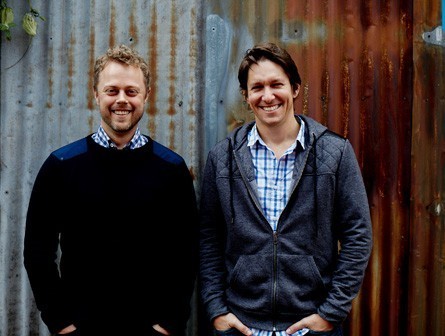 A few months ago, fast-growing Australian startup Vinomofo embarked on a “weird” experiment.

For the last four years, co-founders Justin Dry and Andre Eikmeier have measured their success the same way most companies do – through revenue and profits.

But the online wine retailer prides itself on its core values – of stepping up, caring more, keeping it real, doing some good and having some fun, and the focus on profits often was often in contrast to this credo.

“It was putting the focus on the wrong type of behaviour,” Dry tells StartupSmart.

“We sat back and realised that if you focus on other things it can still result in the same thing but be a far more pure experience.

“We wanted to put the focus not on trying to limp over the line or create this desperate mad dash to hit those numbers.”

Dry completed an A/B test of sorts on the theory –  he split up the 95-strong Melbourne-based team into two – one half continued using the “traditional metrics” of sales and the other started using happiness as a metric.

The results were “absolutely insane”.

The happiness-focused half of Vinomofo achieved about 30% better results and sales than its counterpart, and Dry quickly set about implemented these new metrics across the whole startup.

“It’s a weird shift but the results are incredible,” Dry tells StartupSmart.

“This is really quite new for us.”

Vinomofo now utilises a number of “happiness indexes” as metrics for success.

The happiness index for customers is based on feedback, sales, surveys, engagement, referrals and return.

“We use that measurement as a performance guide for our customer team as opposed to total sales for a day,” Dry says.

“The result is a happier customer that’s much more loyal to us. It’s a win-win.

“There are about 45 people on the team and their role is just to make our customers happy. It’s not like a normal broker role based on how many sales you get in a day. These guys are measured on how happy they make our customers.

“We’ve put the focus on the right things.”

The startup is also using a team happiness index internally as well as with suppliers.

While sales and revenue obviously still have to be a main concern, Dry says it’s about shifting the overall focus from money to being culture-driven.

With the changes rolling out two months ago, Dry says it isn’t an easy process but it’s one all startups should consider and test.

“It’s such a complicated beast to get right,” he says.

“You need to work out what is really important and it needs a real change in thinking.”

“Over the journey we’ve come to this conclusion after quite a few years of slowly getting there.

“To totally just release yourself from this revenue number and trust the measures you’re putting in place will get you there anyway is a really weird thing for founders, but the results are incredible.”

Vinomofo will soon be taking its happiness-fuelled mission globally, launching “light versions” of its service in over 10 markets worldwide to pinpoint those with the largest potential early next year.