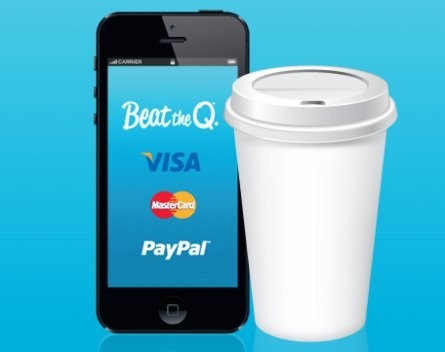 Coffee pre-ordering app Beat the Q has opened up access to 1600 cafes and 320,000 users through their acquisition of Australia’s largest mobile loyalty scheme eCoffeeCard.

The acquisition was announced this morning. The cash came from a rapid fundraising round in which they raised $1 million.

Co-founder and chief executive Adam Theobald declined to share the cost of the acquisition but told StartupSmart it would give his team access to 15% of all cafes in Australia.

“We’re excited about the opportunity to work with so many merchants. We’re still getting to know the eCoffeeCard business and doing a hand over,” he says.

Beat the Q is free for customers with merchants paying a small fee whereas eCoffeeCard is free for both sides of the marketplace with revenue primarily coming from advertising.

Theobald says they have no short or mid-term plans to change the eCoffeeCard loyalty scheme offering. They intend to transition merchant users across to Beat the Q by offering the functionality to order ahead in the coming year.

Beat the Q was launched in 2011 and has since grown to a team of eight.

Over 250 cafes across Australia are signed up to the service and half a million orders have been placed through the app.

Coffee ordering apps have been a frequently pitched idea at entry level start-up events for a few years, yet few have thrived.

Theobald says growing the business to a sustainable size is an extra challenge on top of working with a wide range of small businesses with varying levels of technical understanding.

“There is a lot of noise in the space of people talking about the success of their apps but it’s very hard to make it work at scale and to raise the funds you need as you get there,” he says.

Greg Taylor, co-founder and chief executive of eCoffeeCard, told StartupSmart he sold the company to enable him to focus on a new venture.

”I’m a bit sad, it was my baby and my first baby too. You throw yourself into it but the commercial nature of it takes precedence and Beat the Q are a great fit.”

Taylor and Theobald have known each other for years and kept in contact as their businesses grew.

Taylor says the biggest issue to resolve in the acquisition was the price of the company, but that was resolved smoothly within a few hours.

The app is being used by 80 venues across Australia. The Clipp team will be aggressively pursuing user acquisition with both merchants and customers in the coming year.