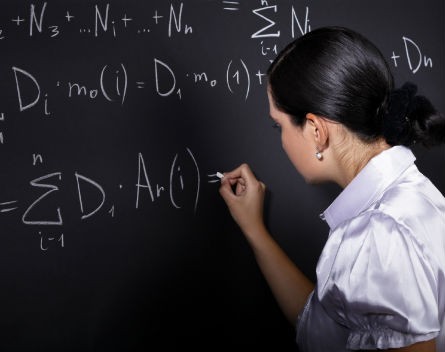 Federal Education and Training Minister Christopher Pyne today met with his state counterparts to confirm his proposal to make science and maths compulsory for year 11 and 12students. This is to be applauded by the scientific community as a step in the right direction, as it will produce a more scientifically literate society at a time of rapid technological change.

It will enable Australia to remain highly competitive in the areas of science and technology in an environment where rapid technological change and development is taking place in the East Asian nations, who are our competitors in the international high technology markets.

Australian policy makers and governments have to be worried since the picture that has emerged in the international comparisons of science, technology, engineering and mathematics (STEM) studies are not very flattering. The Benchmarking Australian Science, Technology, Engineering and Mathematics report, released by Chief Scientist Ian Chubb in November 2014, revealed a decline in the participation rates of Australian year 12 students in the major scientific disciplines: physics, chemistry and biology.

What is even more worrying is the decline in Advanced and Intermediate Mathematics, which underpins university studies in the physical sciences, engineering and medicine.

The issue facing Pyne at the moment is not the question of making mathematics compulsory for years 11 and 12 but ensuring that 100% of the teachers have the necessary qualifications and expertise in mathematics, physics and chemistry.

Unless the issue is solved we will be on a perpetual merry-go-round for the next ten years. Depending on the university, there is between 20 to 30% of HSC students enrolling in science and engineering programs without proper mathematics, physics and chemistry backgrounds.

This places a tremendous strain on university resources to get these students up to speed so that they can continue their studies and thus allow the universities to keep their retention rates high.

However, it is a job that can be done more cheaply in schools and thus save taxpayers’ money.

Another quite alarming statistic that emerges from the Chief Scientist’s report is the low level of formal time that is spent on teaching science in primary schools across the country. In 2011 the average time spent on science was a paltry 5.7%. This is well below the OECD average of 7.4%. In fact, Finland spends over 10.5% of the time on science, while Japan spends over 8.4%.

If Pyne is serious about STEM, he should be having a closer look at what goes on in science teaching in primary schools and get the formal time spent on science up to at least 10%. Primary schools must lay the foundation for STEM studies.

He should place a greater emphasis on the training of primary school teachers in basic science so that they can inspire young boys and girls to engage in the exciting wonderland of science. There are already sufficient science teaching materials produced by the Australian Academy of Science.

Primary Connections follows the scientific method that has been used very successfully in hands-on science centres in our competitor countries, such as the US, Korea and Singapore.

Pyne’s priorities should be that science and maths in schools work at a higher efficiency, thereby enhancing the teaching and learning of these subjects in both primary and HSC classes.

If he is successful, it will be his lasting legacy to the scientific estate in Australia and it will place Australia among the top nations in the teaching and learning of science and benefit long term economic growth.

Ragbir Bhathal is Lecturer in physics at University of Western Sydney.