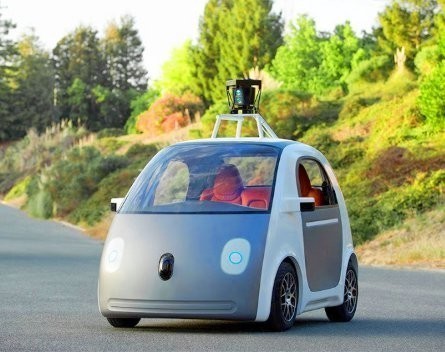 Google has released some interesting info about how it envisages a passenger actually operating a self-driving car, addressing some of the multitude of questions surrounding the technology in the process.

As the Verge reports, an internet sleuth has uncovered a patent submitted by Google for the ‘user interface’ of a self-driving car, including the means by which a passenger would activate the ‘hands-off’ mode, and how they can regain control if something goes wrong.

Although previously indicating a wont to do away with steering wheels completely, the patent is mostly based around a control system placed on the steering wheel.

In the patent, which includes many drawings, a control coming from the steering wheel, which looks a lot like a windshield wiper lever, can be pulled to request the self-driving mode.

Once the car works out that it’s good to take over completely, a ‘ready’ light will come on and the ‘driver’ can take their hands off the wheel.

Most importantly the patent also includes the means by which a driver can take back control of the car if something goes wrong or if a potential obstacle isn’t detected by the AI.

This seems to be done through touch-sensors on the steering wheel, with the passenger simply gripping it again to take back control of the car.

“The passenger may relinquish or regain control of the vehicle by applying different degrees of pressure, for example, on a steering wheel of the vehicle,” the patent reads.

“This allows the user to feel confident that he or she may take control of the vehicle instantaneously.”

This might serve to alleviate some of the concerns about giving too much control to robots, but it could also be seen as worrying that Google is preparing for the self-driving cars not being as safe as a human.

The patent offers an interesting insight into how Google sees a self-driving car potentially working in the near future, although it could just be hedging its bets in case we don’t want to do away with steering wheels completely any time soon.