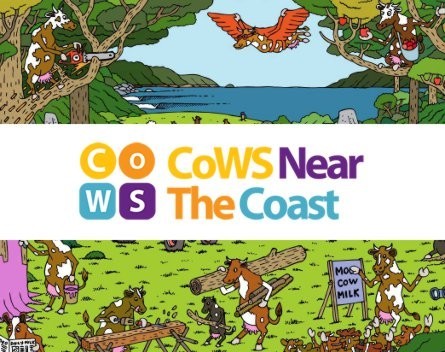 A newly launched co-working space in Bega may well be one of Australia’s most remote, with the closest metropolitan centre, Canberra, a three-hour drive away.

CoWS (CoWorkingSpace) Near the Coast launched this week. The space can fit 14 people and is designed for tech workers and entrepreneurs.

The long-term goal for CoWS Near the Coast is to create 300 tech sector jobs in the Bega Valley.

Coordinator Liam O’Duibhir told StartupSmart bringing tech talent together to collaborate could create a ‘sector-seeding’ phenomenon in the region.

“We have a lot of great agricultural, hospitality and tourism businesses down here. These people often have great ideas but lack the technical know-how to pull them off. Creating a culture of tech collaboration can fix this, causing these industries to flourish,” he says.

O’Duibhir estimates there are a couple of hundred tech-skilled people in the region, which has a population of around 33,000.

“We have no history of tech in our region but the major thing that we’re experiencing is a migration of highly skilled people moving to the coast for a lifestyle dividend after tech careers,” he says.

The team at CoWS Near the Coast hope this influx of tech fluent newcomers and the existing, albeit small, ICT community will serve as ambassadors for the potential of technology.

“Hopefully the connections and collaboration that comes from spaces like this might see a brilliant big commercial idea launched from Bega, as they’ll be able to validate their idea and get great feedback early,” O’Duibhir says.

The team behind CoWS is also hosting a start-up camp in the next fortnight and is working closely with Canberra’s Entry29 to share advice and networks.