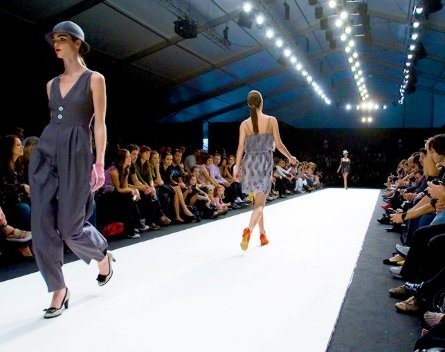 Creative Enterprises Australia has announced an accelerator program for fashion start-ups, as an additional offering in its suite of creative start-up programs.

Now open for applications, the CEA Fashion Business Accelerator Program participants will be selected after panel interviews later this month.

“We have several programs here for emerging designers who are at the really early stages but this program is stepping it up a notch and looking for about four designers who are really ready to take their brand to an international platform,” Macnee says.

Macnee says local fashion designers face particular challenges when attempting to compete on an international level as they are far away and often working in a different season from the three major fashion hubs of New York, London and Paris.

“We will be looking for designers who not only have a unique and strong design presence but also the drive and willingness to develop the business acumen they need to survive and thrive in Australia’s fashion industry and internationally,” Macnee says.

Successful applicants will have several stockists, and clear business plans including detailed cashflow information. While the program is based in Brisbane, it’s open to candidates nation-wide with many of the sessions being available via Skype.

The program will launch in February and run for just over a year. It will include training and mentoring from both designers and business executives, including David Bush who used to be the head buyer for David Jones and now works as an independent fashion consultant.

The focus of the program will be developing the designers’ business knowledge.

“We want to help them develop their business knowledge and expertise to compete on an international level,” Macnee says.

“Few designers have the broad set of left and right brain skills needed to operate a successful fashion business, and they fail to think of it as a business and therefore don’t cost things with the idea of clearing a margin and earning an income.”

Macnee adds they expect the accelerator will form a pipeline for their recently launched $1.2 million investment fund.