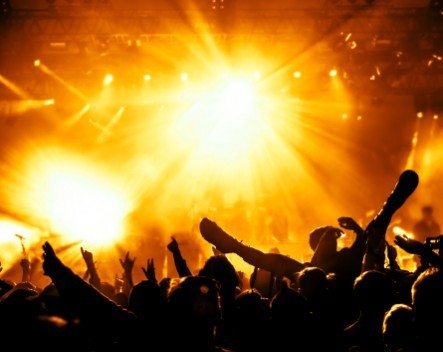 At a concert last year, Matt Gerard was standing in a sea of people, struggling to find his friends.

It was a moment of frustration, followed by a moment of inspiration. It was there he came up with the idea for Crowdsurfer, an app that lets you know where your friends are in real time and comes with an augmented reality feature that helps you pick them out from a crowd.

The app displays the location of the user’s friends on a map by using an augmented reality viewer, which uses a smartphone’s camera and the app’s location data to show users how far away their friends are and in what direction.

Users can protect their privacy by turning location on, or off, in the same way a Skype user might choose to appear on or offline.

Last week, Crowdsurfer was released on iOS. It has since signed up users in Australia, America, the United Kingdom and China. An Android release is soon to follow.

Founder Matt Gerard says the platform isn’t just useful for finding your friends in a crowd, or when they’re close by, he believes it has a whole host of potential uses.

He says the boundaries for uses of the app are pretty much endless.

“Sharing custom points of interest, meeting at bar A at 7pm tonight, here it is on the map, come find us,” he says.

“With businesses if you’re going down Chapel St or Bourke St and you’re looking for a café or a pub, you can hold your phone up to see businesses, what specials they have all on the one screen.

“And events is another big one that we’re definitely going to target over the next six months, so imagine going into any large music festival or film festival around the world. Log into that event and you’ll be able to see where the toilets are, the entrances and exits, medical stalls, that sort of thing.”

Gerard has financed the startup himself and outsourced the development to Melbourne startup Appster.

“What Appster do is what they call an agile process,” Gerard says.

“They converse with you on a weekly basis. With Crowdsurfer, we pivoted twice during construction and that didn’t cost us anything extra. So with that agile development process you can pivot as many times as you want, so long as it doesn’t impede on the work that’s already been done.”

One of those pivots was how Gerard planned to monetise the app. He says the initial plan was to offer the app free in order to attract as many users as possible. The app is still free, but they’ve also launched a premium version, which is a yearly subscription of $1.29 and allows users to group friends and contacts together, so it makes it easier in map view and augmented review to search. In addition, it enables users to place custom points of interest in the app.