David Chung of etaskr on chucking in corporate life to chase the startup dream: #2015istheyear 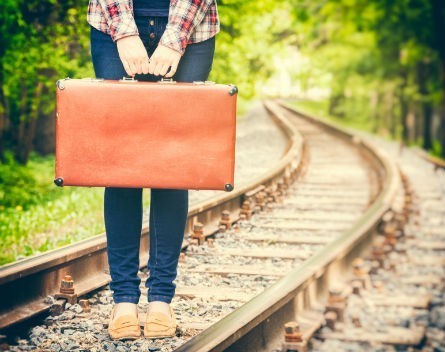 Today we’ve got a case study of the corporate kind, bringing you up close and personal with David Chung, co-founder of etaskr – an online resourcing platform that is an enterprise software version of sites such as freelancer and oDesk. It aims to connect those looking for workers inside an organisation to those looking for work.

The etaskr story is an interesting one because its roots stem from the corporate world, a world many consider to be diametrically opposed to the world of startups. Unlike many startup stories you hear emanating from entrepreneurship hubs like Silicon Valley – where the founders are college dropout computer hackers who built an app over a beer-driven weekend – etaskr was founded by two work colleagues who left the security of corporate life to pursue their dreams as entrepreneurs.

I had the chance to sit down with David and find out what it was like to move from corporate to startup, how it helped, what adjustments needed to be made, and what he would have done differently if he had his time over.

AN: Firstly David, can you give us a quick idea of your background?

DC: I went along a pretty well-trodden path of good marks, a double degree in commerce and law then getting a few graduate offers of which I chose a management consultancy position at KPMG. I quickly realised that this was not going to work for me and I made the life-changing decision to resign.

Serendipitously, I was recruited for a position in the innovation department at KPMG as an innovation analyst, and that I feel is the key moment that has led me to this great path of building a startup.

AN: Interesting. So what was working in the innovation department of a large corporation like?

DC: At the time, it was really exciting. We had a framework that was heavily directed by your own creativity that moved projects from ideation to testing as quickly as possible. Then if we got the right signals we would go to pilot and then production.

Looking back on it now though, it’s a much more conservative approach to building a startup but you’re solving your company’s problems and things move a lot slower because of how many stakeholders you have. It was certainly much more suited to me than consultant life though.

AN: OK. And how did you manage that transition?

DC: My manager and mentor Tom was really helpful, plus some books he recommended I read, namely: The Lean Startup by Eric Reis, and The Little Black Book Of Innovation by Scott Anthony, the latter dealing with corporate entrepreneurship. I think my people skills helped too as I got on really well with one key product developer, Pat, who helped teach me about product management, and we built some really cool things together. He eventually became my co-founder!

AN: So what triggered you to leave corporate innovation and get into startups?

DC: Well, funnily enough, I was researching an idea for work that involved co-working spaces. I made a visit to Inspire9 and while I was there I was explaining to Nathan (co-founder of AngelCube) what I do. He asked me if I had any ideas of my own and that if so I should apply to AngelCube as applications would be open for another week. Well, that got me thinking and back at work I asked Pat if he would be interested in joining me. He did, we drew up our plans for world domination, googled how to pitch and a few weeks later got in!

DC: Yeah, it was crazy. We had to commit to AngelCube full-time, but to do that we had to resign from KPMG with one week’s notice! Thankfully, my boss at KPMG was really understanding. He told us that he knew that we would one day apply everything we’d been doing and learning to the big bad world and we’d fly the coop. I felt like Anakin Skywalker saying goodbye to Obi-Wan – before he turned to the dark side of course. We still keep in touch and he’s one of our biggest supporters.

AN: And the idea for etaskr was one you picked up whilst at work?

DC: So we got into AngelCube with a different idea, but they invested in us as a team, not the idea. So we decided to park it for a couple of days and just throw ideas around to see if we could come up with something a bit juicier.

And so etaskr was born.

The idea was heavily based on solving our own problem of working as consultants and being ‘on the bench’. It’s exactly what it sounds like – there’s not enough work and you sit on the sidelines trying to look busy. Not having much work might not sound like a big problem to those who haven’t worked inside a big firm, but it’s a nightmare. You go from being motivated and ambitious to frustrated and anxious – but you’re told it’s all part of the job. What we’ve realised in the startup world though is that you don’t just have to accept that – you can build crazy solutions that can change behaviour.

AN: How did you find the shift from corporate life to startup life?

DC: Pretty huge. First your mindset around ‘work’ completely changes. You no longer clock on, do your structured tasks that are managed and reviewed then clock off. You’re constantly thinking about creative, meaningful things you can do for your startup. It doesn’t really feel like work anymore – well apart from the compliance stuff – but you bring so much more energy into it because you don’t see it as doing something for a pay cheque. You’re doing something you’re crazy about!

AN: Cool. This has been great! Just lastly, what advice would you give to people working in the corporate world who are at this moment thinking about doing a startup?

DC: If you’re feeling underappreciated, disengaged and underutilised at work – well first off you should pitch etaskr to your boss because you’ll begin discovering awesome opportunities inside your company you never knew existed. But secondly you should trust yourself to go out and build your own dream instead of someone else’s. It’s a huge learning curve, or learning cliff face as I like to call it – but startups bring the best out of you. To sum up – smart people should build things!

This is the part five of our #2015istheyear series.

Part four – Why ‘manual first’ can help you MVP quicker.