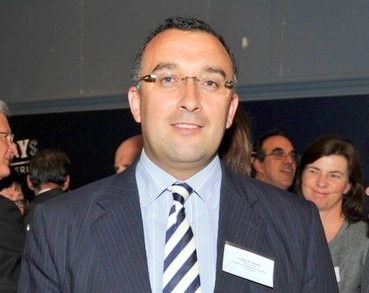 The gap between seed and later-stage funding needs to be “urgently” addressed or Australia will continue to lose its best entrepreneurs and startups overseas, AVCAL CEO Yasser El-Ansary.

According the recently released 2015 AVCAL Yearbook there has been a “significant increase” in funds available for early tech companies, but Australia is “lagging” behind in terms of later-stage offerings.

The report shows that only 23%, or $85 million, of total VC funds are dedicated to these bigger startups.

This inevitably contributes greatly to the much publicised ‘brain drain’ of entrepreneurs leaving for places like Silicon Valley, El-Ansary tells StartupSmart.

“These numbers confirm what we’ve been saying for a long time: it’s exceptionally hard for entrepreneurs to attract capital at a later stage,” El-Ansary says.

“The depth of capital just isn’t there.”

It’s the funds for large Series A or later rounds that Australia really lacks, he says.

“Redressing the imbalance in that part of the market will help stem the tide of the best entrepreneurs packing their bags and relocating overseas,” El-Ansary says.

“It creates a lot of pressure on our innovation potential in Australia in realising our full potential if we don’t do something to help deepen the pool of capital.

“We will continue to lose our best talent offshore, and we run the risk of seeing too many of our best entrepreneurs funded by offshore venture funds, where over time they have an interest in migrating these businesses to their own base.”

The Yearbook shows that overseas investors overtook domestic investors in terms of overall funds, but this isn’t a problem as long as the market remains competitive, El-Ansary says.

“It’s important that we have a balance in the market and we need to have offshore venture coming to Australia, but at the moment there’s almost no competition for those offshore managers,” he says.

“They know we have great talent, great entrepreneurs and great business ideas but we don’t have a deep enough pool of capital to back them. It’s a great recipe for those funds to be able to come and effectively have their pick of the bunch without having any pressure on them to compete.”

Much of the answer for closing this funding gaps lies in the government’s upcoming innovation statement, El-Ansary says, which is expected to be announced next month.

He says there are two main areas where the government can have a positive impact and it is “imperative” that it does so.

“They need to reinstate an improved co-investment fund for later stage equity capital investments – that should form the core of the entire agenda,” El-Ansary says.

“They should also go to the bookshelf, pick up the 2011 report prepared by the board of taxation into venture capital, and implement all ten of the recommendations made.

“They were comprehensive, they were complete, and they were supported wholly by both sides of politics at the time, but nothing’s been done about it.”

“These two parts together need to form an integral component of the government’s innovation strategy, and that’s the message we’ve been giving.”

Private equity and venture capital funds reached the second highest level in the last eight years for the 2015 financial year, and almost tripled the figures in 2014 to reach $3.1 billion.

The number of companies invested in increased by 5% while the funds contributed rose by 32% year-on-year.

Total venture capital investments are down on last year following CampaignMonitor’s huge round, but up on 2013 and 2012.

The report showsmore positive stats in terms of early-stage funding of startups. It finds that Australia is “finally approaching the levels of fundraising and investment activity seen before the GFC” and that confidence in early-stage activity is at the highest levels in a “long time”.

“It’s now easier than it ever has been before to tap into high net-worth individuals who can invest that sort of money into a high growth potential startup,” El-Ansary says.

But he says that also serves to widen the gap from later-stage funding.

“That’s all the more reason why we need to ensure the pool of capital is there in the later stage to maintain a degree of balance in the market,” El-Ansary says.

“It’s so we get both sides of the equation right.”

The focus in the innovation debate needs to shift to include this issue as well as encouraging entrepreneurs to start a business, he says.

“At the moment focused on encouraging more entrepreneurs to set up businesses and developing their ideas through to commercialised product,” El-Ansary says.

“But we also need to have the same focus on expanding the pipeline of capital available at a later stage so we can fund those businesses when they are knocking on the door.

“This is when they’re looking for the opportunity to scale up, employ people, lease out premises and start making a significant contribution to the nation. This is the critical point at which we’re falling short of the mark at the moment.

“We’re well short and need to do a lot better.”