Don’t be so disruptive: Benefits of partnering with a corporation 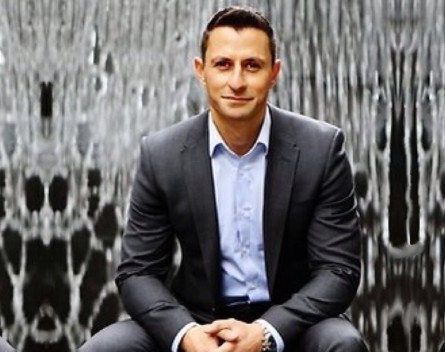 es. Entire conferences like Disrupt explore, encourage and promote the disruption of incumbents.

The notion of startups taking on large enterprises and winning isn’t new. The 20th century is littered with examples of fallen incumbents who were too slow to identify and respond to disruptive upstarts embracing new technologies. Think of plastics disrupting metals, personal computers disrupting mainframes, digital photography disrupting film and so on.

The rate of disruption is increasing

The rate at which large incumbents are being disrupted is increasing, with the barriers to entry for new ventures now lower than ever thanks to access to fast internet connections, cloud and mobile technologies and the adoption of emergent strategy and lean product development methodologies – ever heard of the lean startup?

According to innovation consultancy Innosight, at the current churn rate, 75% of S&P 500 companies will have dropped off the index by 2027 as the average lifespan of a company decreases from 90 years in 1935 to just 18 years today and 12 years by 2027.

But romantic notions of the little guy taking on the big guy and winning aside – is this the best approach forward? Should young, hungry startups be looking to disrupt those big, bad suit-wearing, bureaucratic corporates, or should they be looking to partner with them?

Why corporates aren’t innovating by themselves

Large organizations are bound by processes and values which, according to Steve Blank, have been designed to help them execute on a repeatable and scalable business model. Corporate executives have also been trained to mitigate risk and avoid failure, which hinders their ability to explore potentially disruptive innovations.

Clayton M. Christensen, Harvard Business School professor and author of The Innovator’s Dilemma, argued that because large companies allocate resources based on the size of the market, they don’t invest in disruptive innovations because that market size, at least initially, is insignificant.

Christensen said that players that enter the market early within two years of a disruptive innovation first appearing are six times more likely to succeed than later entrants. Early entrants establish cost and operational efficiencies, distribution channel relationships and brand awareness that provide them with better margins and an advantage over large players that come late to market.

How can corporates innovate?

There are a number of paths that corporates can take to innovate. One option is to redesign internal processes and values to support disruptive innovation – although this comes at the risk of compromising business as usual and core revenues.

Alternatively, corporates can create autonomous organisations, with their own processes and values, for the sole purpose of exploring potentially disruptive innovations, such as GE’s FastWorks.

Corporates can also acquire, invest in or partner with startups to innovate.

What large organisations do have is a wealth of resources at their disposal – people, customers, suppliers, distributors, partners, brand awareness, office space and cold hard cash. Resources that startups need.

According to Blank, startups are built to search for a repeatable and scalable business model and they’re usually cash-strapped. Deloitte, reports that only 8% of Silicon Valley startups grow into successful companies. This tends to be because startups run out of resources before they’ve managed to find right product/market fit.

Startups therefore can choose to disrupt but may be much better advised to pursue corporate partnerships.

A classic case of a startup being propelled into the stratosphere on the back of partnering with an industry incumbent is Microsoft’s partnership with Big Blue, aka IBM.

Benefits of corporate partnership for startups

There’s no doubt that large companies are increasingly seeing the value in partnering with startups.

Startups partnering with corporates can gain:

However, partnering with corporates can be fraught with challenges and is no simple feat. Often, it can eat up a lot of precious time with little reward.

Q Beck – cofounder and CEO of Famigo, says that it is critical that goals of the startup and the corporate are aligned. Beck advises “corporations move at the speed of big business – much slower than startups – so you have to make sure that you’re aligned with your partner’s long-term strategy.”

In addition, Beck says that startups should:

How can startups establish corporate partnerships?

Before approaching a corporate, make sure you identify the right person or somebody who can refer you to the right person, do your homework to understand them and their problems and ensure your initial spiel aligns with their needs. Request their expert insights over a coffee rather than too eagerly selling yourself. People love to be told a story and understand how it will help them, not the other way around.

In addition to direct outreach, more and more corporates are setting up incubators and accelerators.

Corporate incubators give large organisations the opportunity to get in on the ground floor with emerging startups and offer seed investment and mentorship on areas such as product development, marketing, business planning, pitching and IP in exchange for a small piece of equity. This gives them exposure to potentially disruptive innovations and the opportunity to diversify and have a footprint that extends beyond their core product or service.

For example, Australian telecommunications company Telstra commands a market capitalisation of $56 billion, but thanks to disruptors such as Skype and social media, is looking outside of its core business to diversify. Telstra has established Muru-D, a startup incubator that supports startups in fields as diverse as hospitality, children’s education, surfing goods, agriculture, logistics, sports intelligence and digital production. It’s an easier sell for the company to invest so broadly across different sectors as part of an incubator than it would be to explore such ventures internally.

Some of the more prominent corporate incubators include:

Samantha Godfrey, CEO and co-founder of San Diego-based Pharmly, told Entrepreneur.com that her company benefited from mentors who gave guidance for which she would have paid top dollar had she been working on her own, as well as from $60,000 in credit for Microsoft’s Azure cloud platform.

“Every little bit helped,” she said.

“And the fact that it was all right there, at our fingertips, enabled us to do in three months what it would have taken us a year to complete otherwise.”

In addition to incubators, companies are beginning to embrace the concept of open innovation which advocates bringing together industry incumbents and experts with the startup and developer communities to create solutions to problems worth solving, essentially opening their doors to the world.

Dutch engineer, Barend Pek, pitched his concept to support the cooling of natural gas to liquid at sea and was boosted by early funding and access to numerous resources at Shell.

His innovative approach is said to make it possible to move the production and processing of liquefied natural gas (LNG) out to sea. This would not only bring huge new energy resources within reach, but would also help avoid the potential environmental impact of constructing and operating a plant on land.

It is these kinds of evolutionary ideas, which have both a commercial and social impact, that open innovation helps to foster.

Finally, corporate venture funds, whose main goal is a return on investment, are growing in number and activity. As at July 2014, the world’s 25 largest corporate venture funds have invested over $14 billion in startups. Google had invested in more than 150 companies in the early stage for a total of $2.8 billion across fields as broad as health, science, data, enterprise, mobile and consumer.

Citi, Intel, General Electric, BP, Westpac, Deutsche Telekom, Kaiser Permanente and Roche are just a handful of companies that have set up corporate venture funds to invest in startups.

Given the wealth of resources available and the mutually beneficial synergies, entrepreneurs could do a lot worse than partner with long-standing, cashed up, corporates who have the resources to make startup dreams become a reality.

Steve Glaveski is the co-founder of Collective Campus, a corporate innovation school based in Melbourne, where he delivers classes in innovation theory, the lean startup and agile software development. He also founded office sharing platform Hotdesk.net and has worked for both Ernst & Young and Macquarie Bank.