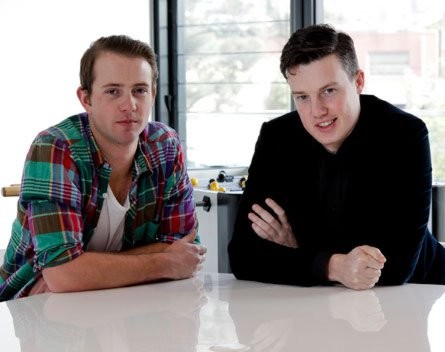 Online tech start-up Tweaky.com has achieved profitability nine months after the team swore off alcohol until the target was reached, with co-founder Ned Dwyer suggesting that other start-ups should set themselves similar goals.

Tweaky, which won Best Start-up Idea at the 2013 StartupSmart Awards, is a marketplace for website customisation, allowing small business owners to tweak their websites.

The ‘tweaks’ are performed by a closed marketplace of handpicked freelance web developers from around the world. Customers pay a minimum of $39 per tweak.

When Tweaky launched in July last year, its staff made a vow not to drink alcohol until it reached profitability. Nine months later, the team of 10 has achieved its goal.

In addition to reaching profitability, the business has built a customer base of 1,500 small businesses.

Dwyer, who co-founded Tweaky with Peter Murray, says giving up alcohol made a lot of sense.

“The main reason we did it was to remove all distraction from what we were doing. If you go to San Francisco or you’re in Melbourne or whatever, there are events on every night of week,” Dwyer told StartupSmart.

“Even just going in and having one beer can derail the rest of your evening. It was 36 weeks [in total]. That’s 36 Sunday mornings waking up fresh as a daisy to delve into our work.”

Dwyer doesn’t believe Tweaky would have reached profitability in the same timeframe if the alcohol ban hadn’t been in place.

“I think it probably wouldn’t have happened so soon. Not because we would have been drunk and disorganised but more in the context of because we made that our goal and tied something to it, it wasn’t like we could just change that goal,” he says.

“When we launched, all we cared about was reach. We just wanted to get out to as many people as possible. We didn’t care about revenue or retention so much.

“It was always in the back of my mind – we have to get profitability. We’ve got plenty of cash in the bank – that’s no problem – but one day that cash would come to an end or we’d go and have to raise money.

“We’re in a much stronger position now to decide whether we want to take money.”

Dwyer says there’s nothing stopping other start-ups from setting themselves similar goals to reach particular milestones.

“Setting those fairly audacious goals early on in the piece [will help you achieve] what it is you want to achieve. It helps you do longer term planning,” he says.

“It doesn’t have to be giving up alcohol. It could be going on a retreat or going to a particular conference or something like that – something the whole team should be involved in.

“The other thing I’m a big proponent of is if you’re going to build a business, it’s really hard and it does take a toll on you.

Dwyer says start-ups don’t need to sacrifice their health in order to be successful.

“I think there is a common misconception that you need to be chained to your desk from 9am until two in the morning,” he says.

“There are definitely start-ups that do that, and there are times when we’ve had those late nights and weeks. But the reality is you can structure it however you want.

“We make time to get out and keep healthy, and we encourage everyone to eat well… It’s about building an environment that fosters that kind of healthy living.”