Ed-tech startup Cashtivity looks to capitalise on the freelancer revolution 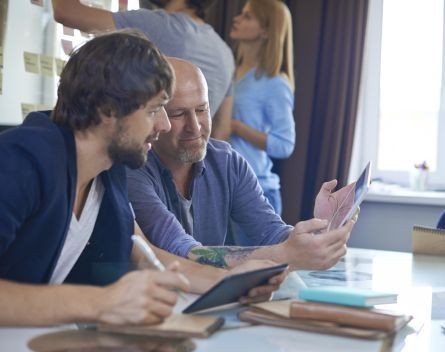 As more and more workers become freelancers, the need to teach entrepreneurial skills will become greater, according to the founder of Melbourne ed-tech startup Cashtivity.

In September last year a study by Edelman Berland commissioned by the Freelancers Union and Upwork (then Elance-oDesk) found that 53 million Americans were freelancing. The Australian version of that study found that 30% of respondents were doing some form of freelance work.

Cashtivity, a platform which teaches its users step-by-step how to create a business, wants to provide the next generation of workers the entrepreneurial skills needed to freelance effectively. Cashtivity co-founder Marissa Di Pasquale says those skills have never been more important.

“That number is going to explode even further. Our kids are going to come out of school and be freelancers. And the first skills a freelancer needs are entrepreneurial,” she says.

“How to present themselves, how to package a product, how to negotiate, work with others. How to sell. We’re trying to grow entrepreneurs at the origination end. We want entrepreneurship to be a natural part of learning in schools in the modern world.”

Cashtivity, which is yet to raise external capital, is touring the United States with ed-tech company EdSurge and has been showing its platform to teachers in Boston and Los Angeles. It’s already being actively used in Australian classrooms including Bialik College and Geelong Grammar.

Back in April the startup won first prize in the EdTech category at TechDay, a startup fair in New York City with over 400 exhibitors and 10,000 people in attendance. Cashtivity is also receiving validation from the most important demographic of all – its customers. Di Pasquale says of the teachers they surveyed in Los Angeles that were using the product, 90% would advocate for it to be used in schools and 78% said they’d use it in class.

“Teachers are increasingly looking to integrate project-based learning into subjects as a way of making learning authentic and real,” Di Pasquale says.