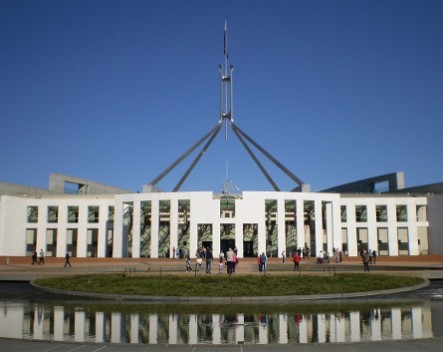 Two legislative changes entrepreneurs have been calling for are on the cards, but might be months or possibly years away from being implemented.

With a discussion paper for employee share schemes review due in December this year, entrepreneurial focus has turned to proposed changes to venture capital fund registration requirements.

The main development that could boost the start-up sector is changes to the Early Stage Venture Capital Limited Partnerships (ESVCLP) program. An update was announced on February 17 this year, as part of the government’s Venture Australia package.

Under current legislation, early stage venture capital groups must have more than $10 million and less than $100 million to be eligible for ESVCLP registration.

The change proposed in the Venture Australia package is to drop the minimum from $10 million to $5 million.

Registration entitles a fund’s investors to receive a series of tax concessions. A registered fund receives flow-through tax treatment and the investors receive complete tax exemption on their share of the fund’s revenue and capital.

This would make it more likely for high-net worth individuals and networks to create venture capital funding programs.

“I’m confused why the number has been reduced. More money for start-ups is always a good thing, but I’m more aligned with the original vision that required $10 million and was about building a world-class funds management sector,” Maarbani says.

Maarbani attributes the decision to the lobbying of angel investors, who help the entrepreneurial sector but have previously received no tax breaks for their activities.

“I’m a big believer that angels make a big difference to start-ups. But I’m not sure it’s really a good idea for the industry to have a whole lot of tiny funds out there,” Maarbani says.

Maarbani says he’s not sure if it will open up new opportunities for start-ups, but says the funds already listed on the AusIndustry ESVCLP list as “conditionally registered” may be able to fully register and start funding start-ups.

“Many of them are conditionally registered because they haven’t raised the 10 million bucks yet, so it’s possible when it’s reduced to five million, they may have that and will be able to get them going,” Maarbani says.

Robert Jones, a founder of the Australian Clean Tech Innovation Partnership, which is conditionally registered on the list, says the lowered minimum is good news for angel investors who play a key role in the entrepreneurial eco system.

“This is about fair funding for start-ups. There is a gap in the market place as the venture capital community doesn’t seem to want to fund start-ups without a promised 10-to-1 return or the advantage of tax breaks. ESVCLP is therefore to take advantage of the profitability before exit,” Jones says.

“It’s a good idea because it’s a bit difficult to achieve the higher amount with the conditions of the spread,” Jones says.

The legislation to enable this change has not yet been introduced to Parliament. StartupSmart understands it is due to be implemented and passed by July 1, 2014.