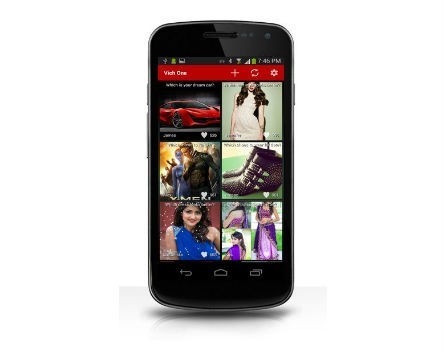 Feeling indecisive? Want to delegate making a decision based on what your friends on social media think? Is your choice in style determined by what everyone else is wearing? Did your mother ever ask you if you’d jump off a cliff if all your friends did it too?

If so, there’s a new Android app set to launch that’s set to answer all your questions.

Known as Vich One, the app will allow users to create snap polls about everyday questions and situations for their friends to answer.

“The concept is that many people have questions in their life that need to be answered. Which movie to watch? Which dress to wear? Which food or cuisine to eat?” Jain says.

“And right now, there’s no platform to ask your friends those everyday questions.”

Upon posing a question, all of that user’s friends will get a notification showing their friend needs help and they have just 10 seconds to answer. The time limit is designed to add a sense of excitement and urgency to each vote.

Jain says that while he is looking at releasing Vich One for iOS and the “emerging platform” of Windows Phone in the future, the initial release will be for Android.

“In Australia, Android is the most widely used operating system for smartphones, so it makes sense to develop a version for it first… It won’t be on the web because the capabilities [to do an app like this] aren’t on the web,” Jain says.

Jain, who recently moved to Australia, proudly shares his experience as a former Googler who worked for the tech giant in Mountain View, California.

“I went to Singapore for my higher education. While at NTU [Nanyang Technological University] doing computer science, I got hired by Google as an intern,” Jain says.

“After eight months as an intern, I was hired by Google in Zurich where I worked for two years, then moved to the US for four years… overall, I worked for Google for around six-and-a-half years.”

With the app set to launch, there is no shortage of people willing to vote their approval for the app.

“We have a lot of followers already on Twitter, including big names at tech companies… and there’s been quite a few signups for people wanting to know more,” Jain says.