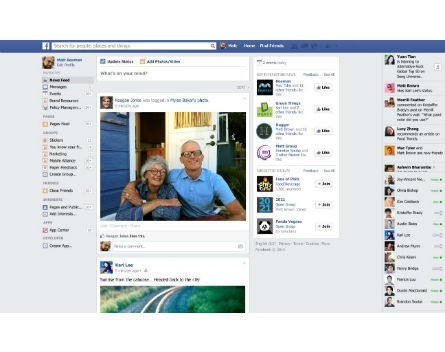 Facebook has warned businesses “post reach and referral traffic could potentially decline” as a result of three major changes the social media giant is making to its News Feed.

According to a blog post by Facebook product manager Max Eulenstein and user experience researcher Lauren Scissors, the latest changes are designed to give users “the right mix of updates from friends and public figures, publishers, businesses and community organisations”.

“This balance is different for everyone depending on what people are most interested in learning about every day. As more people and pages are sharing more content, we need to keep improving News Feed to get this balance right,” Eulenstein and Scissors said.

The first of the three changes will see Facebook relax a rule that prevented users seeing multiple posts from the same source in a row. By relaxing this rule, Facebook says it hopes to improve the experience of people who don’t have a lot of content available to see.

The second change, and one that is perhaps likely to impact small businesses the most, will mean content posted by a user’s friends, including photos, videos, status updates or links, will appear higher up in News Feed than content from pages.

The third change will see updates about friends liking or commenting on a post appearing further down the News Feed.

The update follows a warning from Facebook to businesses in November last year that it would be slashing the number of “promotional content” posts from pages they like in their news feeds, in favour of more posts from friends.

Facebook has also recently introduced a range of new features to its Messenger app, including the ability to transfer money between users, the ability to use the app as a customer service platform and allowing third parties to develop plug-in apps that extend its functionality.

Social Executive chief executive Dionne Lew told SmartCompany the most important lesson for businesses from the latest changes is to create content that can cut through with users.

“From what I can see, Facebook is trying to prioritise content from friends over publishers. This is an ongoing balancing act for them of how much content to display from paid publishers versus users,” Lew says.

“Facebook and publishers really want the same things, and that’s a great user experience, data and engagement. It highlights how important the user is between the social media platform and the publishers.”

Lew says social media is a rapidly evolving space, and given there have been a lot of changes to Facebook’s algorithm, it’s important for businesses to take a “watch, see and adapt” approach to the changes.

“That said, the most important thing is to create content that can cut through and be easily shared by users,” Lew says.