Faking it ‘til you make it 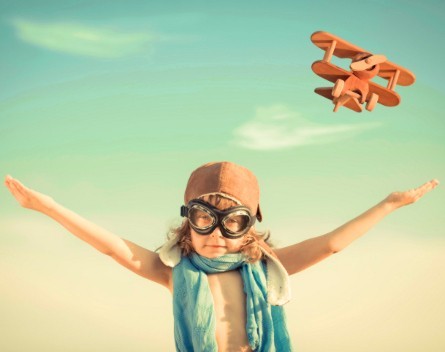 We asked a number of well-known Australian entrepreneurs to share their stories around “faking it ‘til you make it”. Here’s what they had to say:

“When I was 17 my friend and I got asked to install a 10 computer network at a local business. It was 1991 and the product they wanted was Lantastic with a 10 kilobyte coax bus network. We said we had done that a number of times and got the job. On Friday at 5pm they packed up and left. We opened the boxes and started reading the manuals. Monday morning at 4am after about four hours sleep all weekend we got it running. Scary. But fun.” – Mick Liubinskas, head coach at Muru-D.

“One day I find myself onstage in front of hundreds of tech people. I’m supposed to be sharing stories of building (and let’s face it – fucking up) a life and a business. Suddenly, I realise that I am an imposter. These folks know their shit. They sit tapping on their keyboards with furious determination, simultaneously tweeting, coding and I dunno, maybe internally figuring out some epic longstanding algorithmic problem in their head. These guys eat books of code for breakfast. I on the other hand can barely figure out how my iPhone works and have still never managed to successfully download a movie without my computer, or my face, exploding.

“The MC reads out my bio, who is this mythical creature he speaks of? Oh yeah, me. I think to myself, yep I’ve done all those things. I belong here. But still I feel like a fraud. Am I on glue? How the hell did I get here? Why the fuck did I agree to this? I’m so nervous I almost vomit on my shoes. But here’s the thing, half of them look bored anyways and it’s too late to back out now, so I just roll with it. Instead of telling them what they should do, I just rock up on stage, am more vulnerable than I ever thought possible and I simply tell these folks a story or two.

“And what do you know? They like it, they learn something, they laugh, they’re inspired. I breathe a silent sigh of relief. But that doesn’t mean that it became easier. But I keep doing it. Constantly. With false bravado. People believe I’m a speaker. They believe I’m an entrepreneur. And one day I wake up and realise that all of a sudden, I am both.” – Avis Mulhall, serial entrepreneur and founder of Think, Act, Change.

“When I joined 99designs in January 2009, I was pretty much a one-man show. I worked out of my living room in San Francisco for over a year, building and moderating our designer community, meeting with potential partners, helping customers via a basic online chat system, writing press releases…you name it, I did it. Though 99designs launched in Melbourne, the company was focused on the US market from day one, with an American-English site and all transactions in US dollars. Little did our early customers know that the company’s US presence consisted of just one person working around the clock in a tiny San Francisco apartment! Patrick Llewellyn, our CEO, relocated to join me in 2010, and now I’m one of more than 50 staff in our SF office, with over 100 employees worldwide.” –Jason Aiken, product manager, 99designs.

“If you sell a product or service to US companies, you need to look like a US company otherwise you’ll have a lot of friction. Incorporate a US sub and print business cards with a US address and phone number and route the number to either voicemail, an answering service or your local mobile number. Just be prepared to take a few early morning calls!” – Matt Barrie, CEO Freelancer.com

“When I was a theatre director, I would design the brochure before the show. I would get thousands of them printed and tell everybody that this was what they would come and see in a few months. Because I did so, I needed to deliver. Because I did so, I defined my focus and something to target. Because I did so, people know what I was working on and knew how to help. I sung the world into existence.” –Phil Morle, CEO Pollenizer.”

And here’s a different perspective on the idea that we should “fake it ‘til we make it” from a blog post by The Fetch CEO Kate Kendall, who declined to share a story saying she didn’t think we should encourage the idea:

“I had a micro-epiphany the other day when it came to looking at how I tell the story of my company. For a while, something in my gut wasn’t quite right – I also couldn’t get my head around how to play the game. Then it hit me – that’s because 80% of startup land is bullshit and I hate bullshit. I just can’t do it. I can’t lie (well, not express my version of reality). It’s all vanity metrics, bloated achievements and boring same same. I was viewing a stream of old accelerator pitches the other day and was mesmerised by how impressive each founder was. It was like watching magic. But then I stood back and realised I’d heard of none of the companies and upon a DuckDuckGo search, found minimal product or press trails on the web. I questioned if many were still around.

“Remember: you can progress and tell it like it is.” – Kate Kendall, CEO The Fetch