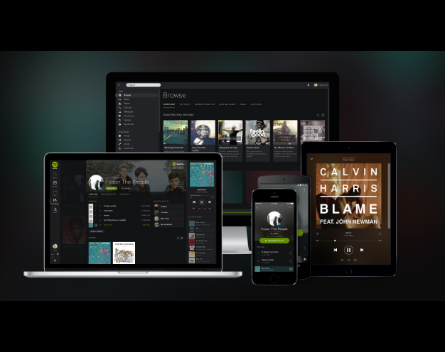 All full-time Spotify workers can now take six months’ leave while still claiming 100% of their pay packet. The time off can be taken all at once, or split it into separate periods before their child’s third birthday.

Employees who’ve had children since the start of 2013 will also qualify for the benefit.

And it doesn’t end there. When leave expires, parents will then be offered a month-long transition program, giving them the choice of working from home on a part-time schedule to ensure their re-entry into the workplace is a smooth one.

“This policy best defines who we are as a company, born out of a Swedish culture that places an emphasis on a healthy work/family balance, gender equality, and the ability for every parent to spend quality time with the people that matter most in their lives,” Spotify’s chief human resources officer Katarina Berg says in a statement.

The announcement comes after Netflix and Amazon both announced similar packages in recent months.

The online retailer updated its policy in November after a New York Times expose detailed the company’s “unreasonably high” work expectations and the pressure these were placing on employees’ family lives.