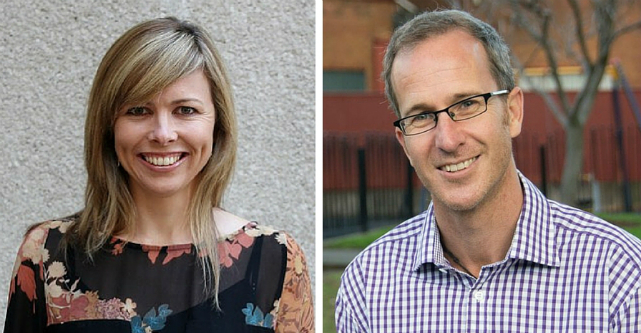 A startup that began life as a “rough PowerPoint” has been sold to a large financial services player.

AMP has announced it has acquired the outsanding minority interest in personal finance platform MoneyBrilliant through its New Ventures team after previously investing $1.5 million in the company in 2014.

As part of the acquisition MoneyBrilliant CEO Jemma Enright will be leaving the startup, while co-founders Peter Lord and Adrian Soldan will remain in “key leadership roles”. The exact details of the sale have not been revealed.

Enright says the sale secures the long-term future of the fintech startup.

“We have sold the business to an aligned partner with the potential to get our technology into more Australia hands.

“Peter Lord started this business to really make a difference to the financial lives of Australians, particularly women. The whole MoneyBrilliant team is dedicated to that goal, as are AMP.”

MoneyBrilliant was founded in 2011 and offers a personal finance platform allowing users to get a full financial picture in order to make decisions.

The startup will continue to operate with its own board and independent directors, AMP chief innovation officer Jonathan Deane says.

“AMP is delighted to have been a part of MoneyBrilliant’s development to date and we look forward to working with the team as they continue to develop exceptional personal finance solutions for customers,” Deane says.

For Lord, the acquisition is a “natural evolution” of MoneyBrilliant and AMP’s relationship.

“We’re excited to extend the relationship we have with AMP through this acquisition,” Lord says.

“AMP’s customer strategy is to create easier ways for customers to engage and manage their finances. MoneyBrilliant is well aligned with this strategy and the acquisition of our brand will allow AMP to leverage its capabilities in the development of new customer offers during 2016 and beyond.”

Enright will be leaving the startup in April, and says the acquisition provided the right time for her to move on to other ventures.

“Personally I felt the sale to AMP presented a natural transition point for me to start my next venture and a good opportunitiy for me to allow a new leader to step in for the next stage in the MoneyBrilliant journey,” she says.

“Obviously when you create something from scratch you’re really attached to it but I leave knowing that the business has a new owner who is aligned to the vision.”

Enright will be replaced as CEO by former general manager of SuperIQ Peter Lalor.

In a post on LinkedIn, Enright detailed the very early days of MoneyBrilliant.

“Four years ago my good friend Peter Lord presented a rough powerpoint to me that he believed would change the world,” she writes.

“It was an idea for a startup that would have a significant impact on the terrible statistics showing the number of people experiencing financial distress.

“In the journey to this point we have navigated unimaginable challenges; the highs and lows of getting a tech startup off the ground. We sacrificed much to make it happen – financially, emotionally and socially.”

Enright says she wants to continue to be a strong advocate for female founders and entrepreneurs in the fintech space.

“I’m actually one of a handful of women in leading fintech businesses and I’m keen to encourage more women into this area,” she says.

“I’m extremely passionate about startups, innovation and fintech and I intend to stay within the community.

Very inspiring story, really! Thanks for the excellent motivation! I am just thinking over buying some powerpoint templates , this post is definitely a good sign!