Five cold hard truths for startup founders: “You are not a special snowflake” 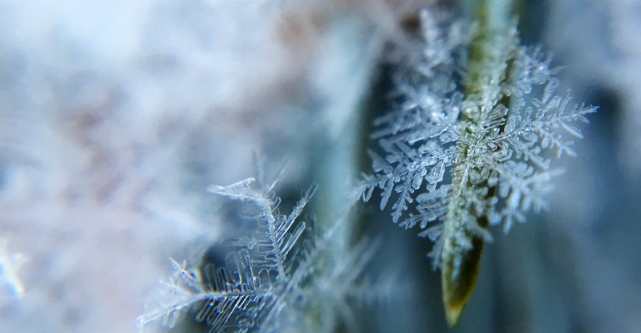 I know startups are cool right now. They’re incredibly hot, they’ve broken into the mainstream spotlight and not a day goes by that we don’t read about some young 20-something who quit their job and made a billion dollars.

But do you know what a startup actually is? It’s a business, pure and simple.

What you’re doing isn’t anything more important than the work that a hundred thousand immigrants did when they reached Australia in decades past. They set up shop and they sold something.

A startup isn’t magical, and it’s not glamorous, and you don’t get a free pass to the world just because your business has a domain name with “.ly” or “.co” stuck on the end and you’re building an iPhone app.

Building a startup doesn’t make you a special snowflake.

1. Startup founders are not owed shit

I’ve seen this more than a few times. Young founders who set up donation pages to pay their rent because they’re focused on building their startup – like they think the world owes them something purely by virtue of their career choice.

No, this is not the case. Do you think the founders of any of the major companies that you look up to were expecting people to give them money just so they could build something?

This isn’t a charity. The world doesn’t owe you admiration, forgiveness or donations.

The same thing applies when you treat the rest of the world like collateral damage or non-player characters.

The entire attitude reeks of entitlement.

2. Startups are not the highest form of business

This may come as a shock to some but startups are really not the highest plane of business evolution that is somehow better than everything else.

Just because you have a scalable business, or a platform, or a digital property, or an app doesn’t mean you have a better model than a simple design agency, or a company that makes skateboards, or a consulting firm, or a plumbing business.

Or any other business that has a model, structure or product not based on classic models of startup disruption and scaling.

The fact is that a business is a business. And every single one can have a different goal. Different goals don’t mean worse or better goals.

If you set out to build a platform with a million users, and you hit your goal — that’s awesome.

But if the corner store that a battler built with her blood, sweat and tears sets out to make $50,000 profit, and she hits her goal, your business isn’t automatically better than hers.

3. Startups are not the ultimate career

There’s something dangerous about the belief that founders and entrepreneurs are somehow better people, with better and more valuable lives simply because they started a company. It’s just not true.

What makes someone’s career valuable is if they created products and completed projects that they are proud of that. That’s it. There’s no fine print that says you aren’t worth shit if you don’t startup.

If you’re a founder who doesn’t respect good, solid workers as much as hype machine entrepreneurs, then I have a newsflash for you: Your company is going to suck.

Because those solid workers are the only thing that can make it great, and if you don’t respect their careers, it will show and they will leave.

4. Startups are not better than the arts

The world doesn’t revolve around startups. I know it’s tempting to think it does when they affect so much of our lives but the reality is there’s a whole lot of value to be found a long way from Silicon Valley.

We need artists, writers, researchers and historians. We need the people who are going to chronicle the human condition and learn about where humans came from, where they are, and where they’re going.

The arts have an incredibly important role to play in society, and disparaging them because you put your value purely in technology, entrepreneurship and STEM just demonstrates a flawed egocentricity that is symptomatic of how fucking self-centred the startup world really is.

You aren’t better than the thousands of arts graduates, students or practitioners who have created the material and given birth to the thoughts that shaped society’s ethics, compassion and will to achieve freedom.

5. Startups are not equal and even

If you think startups are special you need to ask the opinion of someone who isn’t a young straight white male. They’ll give you a wake-up call about just how fucked up your industry can be.

There is so much discrimination. There is so much sexism and racism going on in tech and in startups that it is impossible for our world to be above the rest. It’s a long way from perfection. Do you know how many black women have raised more than $1 million for a startup? Research that statistic. You might learn a few others too.

When you’re entering an industry with those problems, you have to accept that startups aren’t special. Building a startup isn’t special.

You’re engaging with a scene that has levels of inequality matching any other industry.

I’m not saying you have to quit right now. Or believe that you’ll fail. I’m telling you that hubris is a real curse and in every Greek epic it led to destruction. Hubris is what you demonstrate when you believe that startups are the best thing in the world – the better path, the nobler path, a lifestyle with more value than any other.

Sure, they can be great. My life has been made better by more than one startup and I love being involved with them. I’ll probably keep working with founders and startups for the foreseeable future.

But we need to admit that we have a problem with arrogance, with being self-absorbed and with believing that we’re somehow better than anyone and everyone else.

If you’re a founder you need to keep yourself grounded and not let the belief that you’re something special turn you into an arrogant jerk.

There’s nothing inherently wrong with building a startup. I love meeting founders, I love working with them to turn their company into something awesome. But there is something wrong with the entitled attitude I see all the time.

Being a startup founder doesn’t make you special and believing it does is what leads to monumental fuck-ups, unethical decisions, PR disasters, failed products, disillusioned employees and an antagonistic public.

Jon Westenberg is an entrepreneur, startup advisor and writer. You can  follow him on Twitter. This piece was  originally published on Medium.