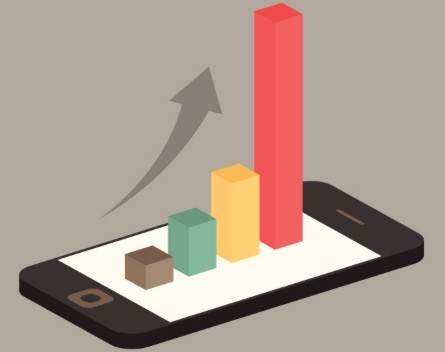 What gets measured gets improved. And there’s a lot to measure in the mobile space. As a result, it’s very easy to get distracted and focus on the wrong thing. Not surprisingly, media archives are full of stories about successful apps with many downloads, many of which have already failed as a business.

For a mobile startup, following the right metrics, is extremely important. As you probably know some metrics are so-called vanity metrics and should be avoided, while others are actionable and provide a fair evidence of how well you’re doing. Here are some that matter the most.

LTV is your primary revenue metric. It represents the financial value of the app and how much each app user or customer is worth in his or her lifetime.

It can also be measured as average revenue per customer (ARPU), a slightly different metric that correlates directly to purchases and overall spend. In general, you want to drive these values as high as possible while growing your user-base.

The CPI measures your customer acquisition costs per one acquired customer. CPLU refers to the cost of acquiring an active user. Of the two, CPLU is the more meaningful metric.

It is best when compared with ARPU to calculate the return on investment for your marketing efforts and can help you determine your break-even. When compared with the total LTV it shows the viability of your business model.

Acquiring users is hard, but compared to retention it’s practically a piece of cake. There are 1.5 million apps, and according to Nielsen Research, an average user has about 42 apps on their phone.

Yet, most people only use about ten apps on regular, daily basis. And those include basics like texting, email, alarm, and Facebook. To get in that club is a huge challenge. Not surprisingly most apps get deleted only after only being used once. And the total retention rate you can expect for an average app is about 4% in 12 months.

Retention is the percentage of users who return to your app after their first visit. When you start to measure it, you want it to reveal who are your best customers so you can improve your marketing targeting.

Likewise, you want to identify the best user acquisition channels, splitting your attention based on device, referral media or marketing campaign. Improving your retention is the best way to boost you LTV and revenue.

There is no particular definition of engagement, it something that can be measured by other metrics such as session length, session interval, interactions, etc. However, it is very important. The top apps also generate the most engagement. Just look at the chart below.

Most people aren’t using their apps very frequently. Now, compare those numbers to Instagram and Snapchat and suddenly their high valuations start to make sense. Highly engaged customer base drives retention, LTV and will likely lead to some serious network effects and virality.

One of the top metrics of customer satisfaction and app virality is the Net Promoter Score. It’s measured by asking your users the following question: ‘On a scale of zero to ten, how likely are you to recommend X to a friend?’

Frankly, this metric is pure gold, and there is heaps of research supporting that statement. It gives you an indication of whether you’re on good track in terms of finding a product/market fit; it measures the viral potential and value your product provides. If you score high, your users are more likely to spread the word and give favourable ratings.