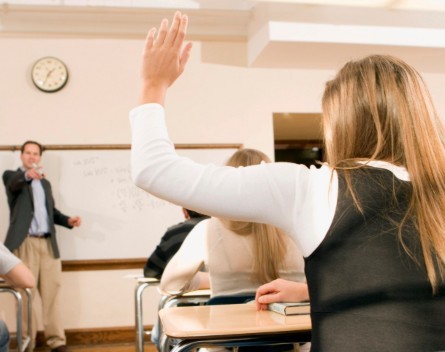 Quora is a treasure trove of great advice for entrepreneurs. The Q and A site can be a terrific resource for your own questions, but its real value lies in the expertise thousands of existing answers.

Here are some of the top Quora answers every founder should read.

Q: How do you size up opportunity cost when deciding to start a startup?

A: Rhetoric aside, most successful entrepreneurs I’m aware of either explored their idea and market carefully, or have toyed with a side project that happened to show massive and unexpected early promise and only then evolved formally into a company (Facebook, Google and many others fall into this category). Few were truly “leaps of faith – entrepreneurs tend not to seek out risk but are rather comfortable with uncertainty.

Dropbox got started in my spare time while working at another startup (be careful about properly separating intellectual property and such). My excitement grew quickly as I validated the idea with real people; jumping ship before that would have been unnecessarily reckless.

But it is possible to hedge your bets too much. The Facebook Effect (2010 book) amusingly recounts how Sean Parker begged Mark Zuckerberg to stop working on Wirehog (file sharing concept) as Zuck still wasn’t sure this Facebook thing (even then one of the fastest growing websites on the planet) was going to pan out.

Q: What is the perfect startup team?

A: The perfect startup needs a complementary team:

It needs a passionate and driven visionary who is the product person.

It needs a capable execution skill that can deliver the product or service against that vision.

It needs the people skills to make sure that the best staff are recruited and retained, and so that conflict in the company is resolved.

It needs administrative skill to make sure as the company grows the wheels stay on. (This skill can come a bit later – it’s not needed on day one.)

These skills do not need to be present in four distinct people, but most often it takes at least two, and usually three or four to lead these areas.

Q: What separates the top 10% of startup CEOs from the rest?

There’s a full list, but here is the first:

A: Good at hiring and firing. Whenever you find a really great CEO, you find someone who has a knack for hiring. That means selling other people on your dream or your business, especially when it doesn’t seem all that important or seems very risky. I used to work for a CEO who was awesome at hiring, but couldn’t fire anyone. It doomed the business. Many of the best CEOs get others to follow no matter what.

Q: What are the early symptoms that a startup is going to fail?

There’s a full list of 10 great reasons, but here’s the first:

A: No demonstrated user need. For example, consider 3D movies and TV. If you ask people why they sometimes prefer stage to screen, nobody ever says, “Oh, movies are only 2D”. 3D tech has novelty value, but even a little user testing would show its pushers that most people are perfectly happy to go back to 2D movies after experiencing 3D, and that many actively avoid 3D. That wasn’t the case when sound or colour or fancier special effects were added.

Q: What is the proper definition of a startup?

A ‘startup’ is a company that is confused about:

2. Who its customers are.

As soon as it figures out all three things, it ceases being a startup and becomes a real business.

Except most times, that doesn’t happen.