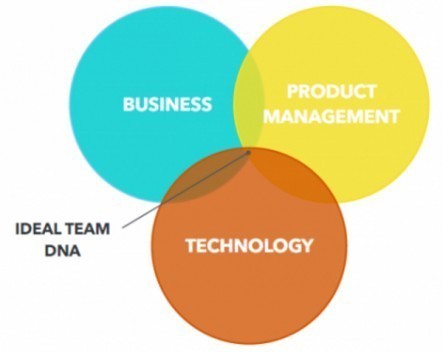 General wisdom among tech entrepreneurs is that the ideal number of co-founders is two or three.

There is a good reason for it – an analysis of a dataset of 100,000 startups by Startup Genome shows that solo founders take 3.6x longer to reach the scale stage, compared to a founding team of two.

However, taking a co-founder on board brings its own risks. Here’s a short guide to picking the right person.

1. Find someone with a complementary skillset

According to serial tech entrepreneur and Stanford lecturer, Steve Blank, startups are inherently chaotic, and finding a product/market fit in that chaos requires a team with a combination of skills.

The skills you need depend on the industry you’re in but, in general, co-founders should have complementary skills. In mobile and web startups, that usually means great technology skills, great business and marketing skills, great UX design and product skills. Most people are good at one or two of these, but it’s very rare to find someone competent in all areas.

2. Find someone who shares your vision and values

Co-founder disputes are very common and are a frequent cause of startup failure. A lot of these disputes stem from founders having different ideas about how to run the company and where it should go. One thing is to put your vision and priorities on paper; another is to live it day by day, especially when your original idea proves wrong and you need to change direction.

Likewise, the values you live by will plant a seed for what becomes a company culture. The reality is that co-founders will have different values but, together as team, you have to define a common value system. Having done so will likely play an important role in taking your startup forward.

3. Find someone with grit

Once you have an idea, you need to be able to pursue it, even in the face of adversity, if you want your startup to succeed. Frankly, entrepreneurship is extremely challenging, and to persist through those challenges, you need grit.

Professor Carol Dweck, of the Stanford Department of Psychology, has done extensive research on the subject of grit, which she defines as ”the disposition to pursue very long-term goals with passion and perseverance, stamina and ability to win things over the long-term and work very hard at it”.

According to her research, the key to grit is having the right mindset. Dweck observed two different mindsets among people:

People with a growth mindset are more resilient to challenges related to their abilities and performance than those with a fixed mindset.

4. Find someone who stands out

Founder personalities are important and often popularised. Many companies end up looking like founder cults – Steve Jobs is a great example. Peter Thiel, investor and founder of two billion-dollar companies (PayPal, Palantir), believes there is a connection between being a founder and having extreme traits. According to him, the key to PayPal’s success was the eccentricity of all founders:

“Four of them were born outside of the United States. Five of them were 23 or younger. Four of them built bombs when they were in high school. Two of these bomb-makers did so in communist countries: Max in the Soviet Union, Yu Pan in China. This was not what people normally did in those countries at that time.”

According to his observations, if all traits distributed in the population were aggregated on a normal distribution chart with extreme traits on the right and left side of it, you will find most founders on both ends of the curve, rarely in the middle of it.

True or not, entrepreneurs like Richard Branson, Bill Gates, Warren Buffett or Larry Ellison certainly add a little substance to this.

5. Find someone with whom you have a history of working together

In the case of startup ‘unicorns’: 90% co-founding teams of $1 billion+ startups comprise people who have years of history together, either from school or work; 60% have co-founders who worked together; and 46% who went to school together. Further findings reveal that teams that worked together have driven more value per company than those who went to school together.

Only four teams of co-founders didn’t have common work or school experience, but all had a common thread. Two were known and introduced by the investors at founding/funding; one team were friends in the local tech scene; and one team met while working on similar ideas.

The take-away? The most successful co-founder teams are the ones where the people have known each other in other contexts, prior to the company at hand.