FlexCareers helps female professionals get back to work after pregnant pause 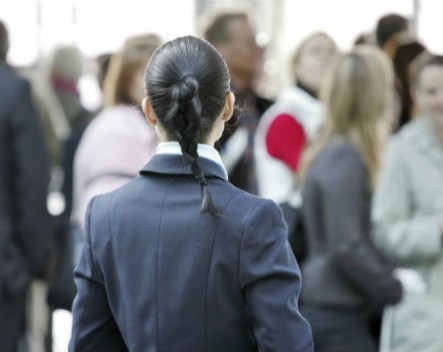 FlexCareers wants to help women find their way back into work after maternity leave.

The startup has launched a jobs platform that aims to link female professionals, those between the ages of 20 and 60 with a tertiary degree, with an increasingly large amount of organisations that want to offer high-level flexible corporate work.

FlexCareers chairperson Rhonda Brighton-Hall says the majority of women who leave work to have children come back into the workforce looking for flexibility – but it can be difficult to find such roles in large organisations.

According to the ABS, 86% of mothers who started or returned to work following the birth of their child used flexible work arrangements. Brighton-Hall jokes that for many corporates, flexible work means doing an 80 hour week, but being able to decide when to have lunch.

However that’s changing. FlexCareers co-founder Joel McInnes says the implementation of the Workplace Gender Equality Act, and an increased amount of discussion on diversity coming from Silicon Valley companies like Pinterest, LinkedIn and Google, has corporates keen to do better.

“There are millions of talented women who want to realise their career goals without having to sacrifice their family commitments. We created FlexCareers with them in mind – to level the playing field, close the gender gap and advance women in the workforce,” he says.

Individuals sign up to FlexCareers, build a profile, and then the platform’s algorithm matches those users with flexible jobs available in big corporations. Examples of jobs currently available include education consultant, senior accountant and general counsel.

Brighton-Hall says it takes more than just goodwill for companies to embrace flexible work and for that reason FlexCareers is also running programs with employers to teach managers how to deal with flexible teams, and job-seekers how to manage flexible careers.

“Most companies really want to do it, but don’t have the capabilities to do it,” Brighton-Hall says.

“It’s much easier to manage a team if everyone turns up at 9 and goes home at 5.

“So it becomes difficult to work. A lot of the women returning from maternity leave, they will stay flexible and do that for about six to eight weeks, before feeling bad leaving early when others are working full-time. So they’ll switch to full-time and within a year they’ll quit.”

FlexCareers has a community of 10,000 people, and has directed the details of 500 individuals to employers that have advertised. Unlike recruiters, FlexCareers is not involved in the entire hiring process, so does not have data on how many of those individuals actually received jobs.