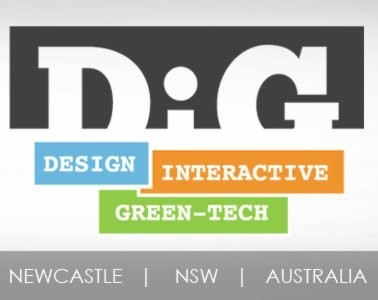 Flindle, a booking software system for small businesses, has taken out top honours at a pitching competition at the Newcastle Digital Interactive and Green Tech (DiG) festival over the weekend.

The pitching competition was coordinated by the Slingshot Accelerator program. Flindle’s founding team will receive up to $30,000 and will be part of the next intake of the 12-week development program.

The software uses a calendar interface for clients to make bookings online directly. Originally a university project of six students studying IT, co-founder Thom Wheeler says they’re planning on launching their beta round next year and turning it into a full-time job.

Wheeler says working with a team of six co-founders has been great for product development, and manageable as they’ve been clear about roles and responsibilities from the beginning.

“We’ve found that having a team of six really helps with the development of the idea with so many ideas and we can critique each idea as a group. We’ve got quite a clear structure, with one person getting the final say for our business development team and a programming team. This means we can put the lid on each idea with a final decision so we don’t waste too much,” Wheeler says.

Wheeler leads the business development team and Hanlon, who had the original idea, leads the programming team.

The Flindle team is looking forward to the Slingshot Accelerator experience, and are planning on launching the product at the end of the program in February with a subscription model.

“The access to the mentoring is going to be one of the most exciting things for us. We’re a group of younger guys and we don’t have a lot of experience between us, so tapping into their resource and knowledge will be the biggest benefit for us,” Wheeler says. “But we’re high energy and we’ve got some big picture thinking and are quite driven and passionate so we’re ready.”