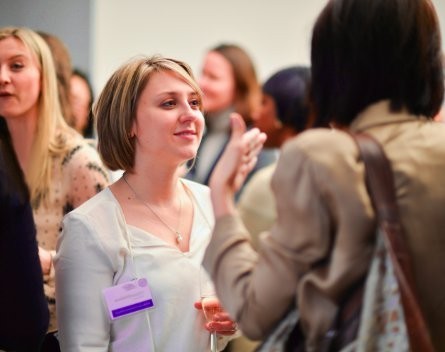 The Sydney branch of the Founder Institute has announced the two fellowship winners that will receive a free spot in its startup launch program.

The winners were selected from over 100 applicants for the Sydney Founder Institute’s spring program, which will kick off at the end of August.

They’ll now take part, along with 30-35 others, in the program, a four-month course which aims to help entrepreneurs get their tech startup off the ground.

Benjamin Chong, who heads up the Sydney branch, says the two were picked from a range of criteria.

“We were looking for three things: someone with a huge display of drive, a track-record of having been involved with interesting projects, and having contributed to the community,” Chong says.

“Both Juliet and Mario applied for the upcoming Sydney class, and they really stood out as people who are making a real difference.”

Juliet Velieu comes from an engineering background and has worked in networking integration and web developing. She has worked as a business systems lead at News Corp, a senior analyst at Microsoft, and as a senior consultant at RXP Services.

The Female Founder Fellowship was created with the aim of encouraging more women to enter the male-dominated startup world, Chong says.

“Our view is that we would like a world where 50% of founders are female,” he says.

“With the Female Founder Fellowship we want to encourage more women to join the ranks of founders and promote them as much as possible. We’d like to award more.”

The fellowship program launched in Sydney in 2011, and the percentage of female-led graduate startups has increased by 62%, up to 26%, since then. In the two graduating classes in 2012, 36% of companies were female founded.

Mario Robinson is originally from Perth, and now works as a computer engineer at Hewlett-Packard, as well as contributing to the Australian Computer Society.

The Founder Institute was launched by Adeo Ressi in Silicon Valley in 2009, and now has chapters in over 80 cities around the world.

It aims to help entrepreneurs, who may only have a very early idea and still be working full-time, to get a startup going in four months. This involves a structure curriculum with weekly training courses and business building assignments.

The program costs applicants $1487 each, and entrepreneurs have the option of selling 3.5% of their companies to the program directors and fellow alumni at the end of the course.

Over 1550 startups have launched internationally through the program, with an 85% survival rate.

But the Founder Institute has a high drop-out rate, with Chong saying about 30% of the participants won’t make it through the program.

“The reason why people don’t always complete it is that they realise entrepreneurialism isn’t for them, they’re not able to make progress with their ideas, or some of them think they know it all, despite feedback from the 35 mentors,” he says.

Applications for the spring program close on 16 August and the program will begin a week later.