Four tips for startups I wish I knew when I started 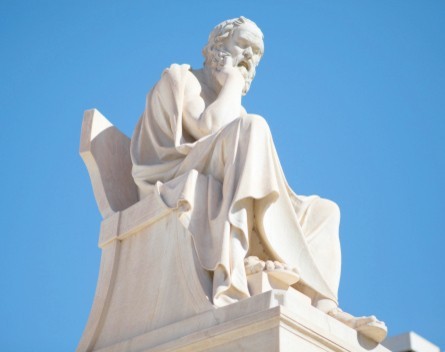 When we launched Tanda at the end of 2012, we were truly going in blind. We had absolutely no idea what we were doing, what lay ahead for us or what we were going to do if the whole thing fell in a heap and failed. All we knew was there was at least one person out there who wanted to (and had agreed to) buy our primitive employee time clock product.

Nearly 18 months on and we’ve learned an awful lot of things about what’s required to get a business cranking. We’ve also given out a few tips along the way.

A finance PhD told me about nine months in that “the 15% you might pay on a credit card is still much cheaper than the real cost of venture capital”.

Another way of saying this is “cash is king”. If you don’t have cash early on (and you almost certainly won’t), you can certainly make 55 day terms on a credit card stretch close enough.

We’ve been lucky as a B2B company, because we were really able to make some reasonable projections about the amount of sales we would need to make to get ahead. We weren’t hoping that our app would go viral while we slept – take this advice with a grain of salt if you are!

But if you are selling to other businesses, you can absolutely get away with starting your business on a couple of credit cards.

2. Money in the bank early will help you make better decisions

It’s unbelievable how much better you feel about your whole business when you get the first bit of revenue in the bank.

I remember well the day we had our first customer pay an invoice. I had been out for a beer with some mates, pondering over where our business was going. I bumped into my co-founder on the train on the way home, and he told me the exciting news. I think the whole carriage heard.

Optimise for this as soon as you can. Once you have revenue, you’ll want to do things that bring you more revenue, which will help you keep focused and working on things that matter.

When we started Tanda, we really didn’t have a backup plan. While all our uni friends were applying for graduate jobs, we bet all our money on this instead.

If you don’t have significant dependents relying on you, I’d strongly recommend this approach. Again, it forces you to be pragmatic and focus on what actually counts.

For example, when a customer said “can your product do X?”, we would tell them we could show it to them in our next meeting, and by the time of the next meeting, the feature would exist!

And really – if it all goes downhill, those big companies that your friends applied at will still be hiring in a few years.

Don’t go around introducing yourself as the “CEO” and “president” of some company that you started yesterday, but at the same time, have some professionalism about your routine. An office is the best investment we ever made, and we made it early on. Having somewhere professional to work from has allowed us to set some discipline around having standard office hours. It also has allowed us to employ and start growing our team.

Importantly, we’ve drawn a line between what is professional time and what is home time. That’s not to say that our work time isn’t a lot of fun – that’s something else we’ve optimised for a lot. Startups are a marathon, not a sprint, so you want to find a great balance.