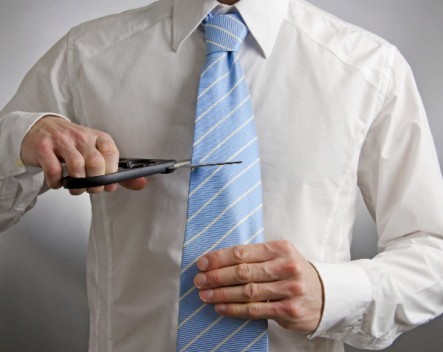 Making the leap from a secure, well-paying corporate job to the world of startups can be a daunting task.

StartupSmart spoke to two entrepreneurs who have been in this very situation for their four top tips.

1. Do the maths – can you quit your day job and still sustain yourself?

Cofounder of budgeting app Pocketbook, Bosco Tan, told Private Media before you quit your day job to work on a startup full-time, you should do what he calls “survival maths”.

“Work out what sort of runway you have to make it work,” he says.

“How much savings do you have, what lifestyle do you have and how much does that cost? If you don’t do the maths, you don’t know how long you have before you have to find some funding or revenue.”

Tom LeGrice, director and co-founder of Pet Home Stay, told Private Media he would encourage entrepreneurs to stop and think before quitting their day jobs and pursuing their startup idea full-time.

“I would suggest having paying customers and raising capital before you quit [your day job],” he says.

“You have to budget for your lifestyle. If you’re over 30, you might have to mortgage a house. Generally speaking, your lifestyle’s going to be more expensive than a student who is 18-years-old.”

2. Find a good co-founder (or a really good life partner)

Tan says having a good co-founder is “critical” when making the jump from a corporate career to working on a startup.

“A business that has a sole founder typically is less likely to be successful,” he says.

“And that is all the way from the nuances of not being able to be motivated enough to go through the pains of making it work, to making VCs look at it adversely.”

LeGrice, meanwhile, stresses the importance of a supportive partner.

“Make sure you have an other-half who is really supportive, as this [working on a startup full-time] definitely impacts your relationships.”

3. Recognise that life as an entrepreneur isn’t glamorous

LeGrice says if you’ve worked in the corporate sphere all your adult life, then drop any preconceptions you have about launching your own startup.

“Leave your preconceptions at the door,” he says.

“You can’t leave your work at 5pm. This is your life.”

Tan says entrepreneurs need to be realistic, and all too often the life of an entrepreneur is made out to be glamorous when – in the early days – nothing could be further from the truth.

“It’s actually quite a challenge to always be on that stress level to make sure things work,” he says.

“Being grounded is absolutely important and being lean in terms of your lifestyle helps because that helps the ‘survival maths’.”

Tan says all entrepreneurs are often made out to be overly enthusiastic youths, however he points out that not all the world’s problems can be solved by young people.

“I’m 31 now, but at 21 I would never have been able to do Pocketbook because my life wasn’t as complicated to see the opportunity and need.”

4. Learn as much as you can

LeGrice says he would encourage entrepreneurs to soak up as much information about the Australian startup ecosystem as possible before making leaving a nine-to-five job.

“Go to as many meet-ups as you possibly can,” he says.

“Understand the community, learn the language, go to meet-ups for the other positions and skills you don’t have and meet people. If you’re not a technical person, you’ve got to go to technical meet ups. That is definitely something that doesn’t happen enough.”

LeGrice says it is also helpful to find a mentor or sit down and chat to someone in the tech industry for one-on-one advice.

“Not a family friend, someone who’s going to give it to you straight,” he says.