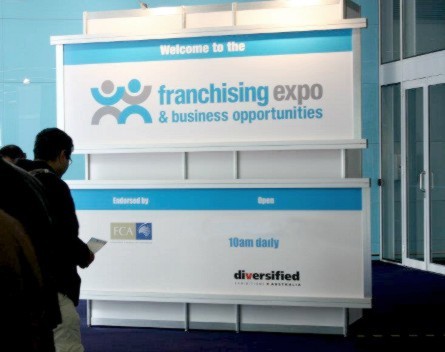 Franchising in Australia is recovering from a dip caused by the global financial crisis, with thousands of people interested in taking on a business expected to attend an expo in Sydney later this month.

“Many of the guests will be looking to buy a franchise, or invest in a master franchise. Others might just want to learn about how the whole system works.”

Stacey says 4000 visitors are expected at the Sydney event.

There are over 90 exhibitors booked to attend the event, including popular mainstays of the franchising scene such as Howard’s Storage World, Movenpick and Pool Works.

According to Stacey, there are several newer franchise systems attending the expo for the first time this year, such as Crave Yoghurt, beauty spa system Luminiere and bakery system Taste of Europe.

“There are a lot of new franchise systems starting up. It’s going through a growth period at the moment, possibly because there are lots of people out there who are keen to get involved,” she says.

The expo also features several advisory bodies such as the Australian Competition & Consumer Commission and the Franchising Council of Australia.

Franchising is a major force in the Australian economy and small business scene. According to the Franchise Council of Australia, franchises turn over $131 billion each year. There are more than 1180 franchise systems, 73,000 franchisees and 400,000 people employed in franchises across the country.

A council report says franchising numbers dipped slightly because of the global financial crisis but are recovering now.

The Franchising Expo is being held in Sydney between June 14-16, Brisbane on July 20 and 21 and in Melbourne between August 30 and September 1.

You can find out more about the expo here.