Freight expectations: The next big area for startups 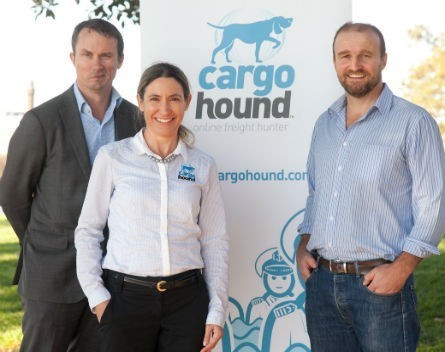 Australian entrepreneurs are looking to capitalise on a growing international interest in startups that are bringing the freighting industry into the 21st digital century.

As the Wall Street Journal reports, freight startups are beginning to attract the attention of wealthy and influential Silicon Valley investors.

Over $US1 billion has been pumped into startup freight-forwarding companies since the start of 2014, twice that in the five years before that.

It’s an industry with huge profits but little digital integration. Entrepreneurs have been moving over the last few years to create a service that helps with the transition into the digital age and in doing so are bringing the $US160 billion-a-year global business of arranging cargo shipments online.

The trend in Australia

It’s no different in Australia, with a whole range of freighting startups beginning to take on the freighting industry’s outdated business practices.

International freighting online marketplace CargoHound is one such startup and recently capitalised on growing investor interest in the space when it closed an $800,000 seed funding round.

The startup offers a two-way platform connecting import/exporters with freight providers. It will use the funding boost to expand across Australia and New Zealand.

CargoHound CEO Ian Smith says the industry’s slow pace of change presents both an opportunity and a challenge.

“It’s one industry that is still very much a traditional one, with relationships, phone calls and even sometimes fax machines,” he says.

“The whole opportunity is to increase efficiencies and drive down costs. We’ve been working on it for three years, and it’s taken this long because of how complicated the industry is.”

Investor demand isn’t limited to the US market. Sydney-based Temando, a startup allowing people to book and track freight shipments online, recently closed a $50 million Series B funding round, and counts James Packer’s investment fund among its backers.

A spokesperson from Temando says investors in the Australia are starting to cotton on.

“Australian investors are only now starting to see the huge opportunity associated with technology in the logistics industry,” the spokesperson says.

“In the current climate, intelligent solutions to industry problems can definitely get traction both in Australia and around the world.”

Smith agrees, saying the industry is set to only increase in size.

“The numbers here are pretty massive, and it is only going to get bigger.”

Online B2B long-haul freight exchange marketplace FreightExchange is another Australian player in the industry. A graduate of Telstra’s muru-D program, it focuses on long-haul trucking on Australia’s east coast, and aims to help the logistics industry save time and money.

“There’s growing competition, with investments in a number of startups and many traditional companies,” Hull says.

“Businesses who buy and sell freight operate on fairly low margins, with not a lot of budget on tech innovation. They haven’t embraced as much tech innovation as some other higher margin industries. It’s highly competitive.”

According to the team at Temando, it’s all about forging the right partnerships in order to get a foothold in the competitive market.

“If a startup freighter or courier service wants to enter the logistics industry in Australia then it needs to offer retailers a genuine competitive advantage,” a spokesperson says.

“Startups should focus on partnering with the right vendors to open up access to their services and scale their businesses.”