FRIDAY TIDBITS: (NOT) Pyramid schemes, and startups on the small business agenda? 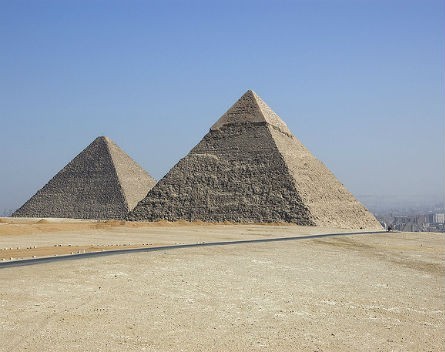 It was an innocent enough question on the Silicon Beach mailing list: “I’d love any feedback anyone has about the Founder Institute” (FI), but it unleashed a rather colourful forum discussion around “pyramid schemes” and “idiocy”.

It was only a few days before another post, on another forum, had unleashed some cries of “spam” when a “did-not-know-any-better” student of FI sent out this message to a number of mailing lists:

“I need your help to be able to stay in the Founder Institute Incubator. I’m learning heaps, meeting great people and would really like to stay.

“I’m reaching out because if I don’t get 500 responses by Saturday 5 pm. I will be made to leave the program. I would reeeeeally [sic] appreciate if you filled out this.”

It was the last straw for one Silicon Beacher, who wrote:

“Here’s a list of warning signs on pyramid schemes

You are offered a chance to join a group, scheme, program or team where you need to recruit new members to make money.

The scheme involves offers of goods or services of little or doubtful value that serve only to promote the scheme (such as information sheets).

There is a big up-front cost to pay for large quantities of goods.

There are no goods or services being offered for sale by the scheme.

The promoter makes claims like ‘this is not a pyramid scheme’ or ‘this is totally legal’.

But the defence of FI came thick and fast, and led to one organiser demanding an apology.

“Your accusation of FI as a “Pyramid Scheme” is flat out offensive to the hundreds of Australians that have used FI to try to kickstart their entrepreneurialism. It may not be for everyone, but your categorisation is idiotic.

[I] find your comment an insult to all those hardworking participants (including the one asking you for feedback) and the extremely hardworking directors – which include credible people like Ben Chong, Matt Allen and Claire Robertson, who from all I can see continue to provide much more to the startup community in Australia than you appear to.

This forum shouldn’t be used a place to make stupid, slanderous comments, and I think you should apologise.”

After some more heated replies, the person posing the original question eventually got his answer.

And for those wondering, we’ve covered the FI here in Melbourne, Perth and Sydney. We’ve heard nothing but good things BTW.

We heard via the grapevine that a big Australian venture firm is looking at opening an office in Israel. We rang them to confirm, but they were not prepared to put anything on the record. They did say they were always looking for other global headquarters, however.

Startups on the political agenda …

We’ve written before about the failure of politicians to deliver on the promises they make to startups, so we were intrigued to see this pop up in our twitter stream:

Encouraged to visit @HonBruceBilson today to talk about how we can make life better for startups in Aus #startupaus pic.twitter.com/OE7J5Vo3eg

Bruce Billson, for those wondering, is the Minister for Small Business.

Please don’t click on is.gd links from me from last night. I was hacked, it was fixed straight away, but tweets may still be in clients.

Happens to the best of us.