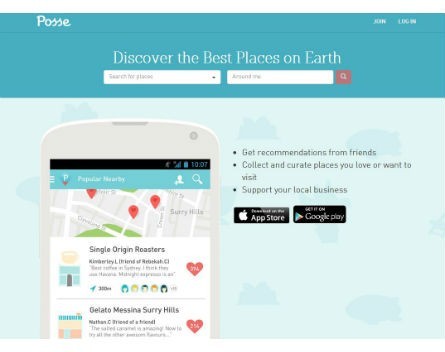 Posse chief executive Rebekah Campbell has ruffled some feathers with a post titled “Why I ditched my co-working space,” and not because of the subject.

Silicon Beach listers are known for being sticklers at times, and one took umbrage with the fact Campbell claimed she had “started Posse in Sydney in March 2013.”

“Nothing wrong with a pivot or three, but they [sic] don’t rewrite history.”

It’s true that Posse has been through a few identities and been around for a few years, originally launching as a concert ticketing platform where fans could sell tickets on behalf of bands they loved, before pivoting to a shopping social network aimed at women.

Perhaps, for the sake of brevity, Campbell could be forgiven for marking that reincarnation as its start date. Though, that looks like it happened in June 2012 and not 2013.

We thought many could relate to this one. If only it were true.

This weekend sees the biggest GovHack ever held, with over 1000 participants taking part across the country. It seems though that while you might be able to bring startup culture to government, you can’t always shake that glib government backdrop.

#govhack 2014 Canberra ready to host 200 havkrrs over the weekend. pic.twitter.com/D7gUk5KugU