FRIDAY TIDBITS: The fox in the fish house, #ubericecream and Baillieu’s bungle 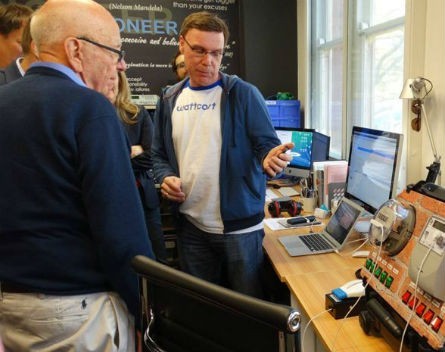 Just as there was speculation that Rupert Murdoch had fallen out of love with Twitter, he has resurfaced at Sydney incubation hub, Fishburners. He broke his twitter silence with an apology saying “I have been busy lately with many preoccupations!”

News Corp Australia is a sponsor of Fishburners, which is also home to Google’s entrepreneurial program, so that probably explains Murdoch’s presence there, something the local startups were rather excited about:

We were honoured to show you our startups today @rupertmurdoch, fascinating to hear your thoughts! #StartupAUS pic.twitter.com/zj37xMffOZ

Murdoch was impressed too it seems, giving the meeting a mention on Twitter (along with that of the issues News Corp Australia is facing):

Just had exciting week in Australia with great team digging company out of many holes. Also met great group of young inventors.

I scream, you scream, we all scream for #ubericecream

In a clever move that cold weather could not dampen, Uber teamed up with ice cream gods Gelato Messina to deliver ice cream across Australia – well within the nation’s CBDs at least (along with complimentary Uber schwag). While you had to pay for the ice cream, delivery was free.

The promotion was so popular not everyone was lucky enough to get some:

Leaving almost as many unhappy campers as satisfied ones:

To make matters worse, there are reports that consumers were hit with a $1 fee for every request for ice cream on the app, even in cases where ice cream was not delivered.

Ted Baillieu opened NICTA’s new Software Innovation Lab at Swinburne University’s Hawthorn campus on Friday. Of course the day’s tragic news about Malaysia Airlines MH17 was on everyone’s mind, but Baillieu’s attempt to make it somehow relevant to the occasion left a few scratching their heads.

“There is no doubt that systems engineering is a part of our wider world in the sense that we probably take it all for granted, and system solutions are critical,” he said.

“Tragically, you would have seen today shocking events in other parts of the world and now the world is examining all the systems behind those events.