Global tech trends: Where the startup “magic” is likely to happen 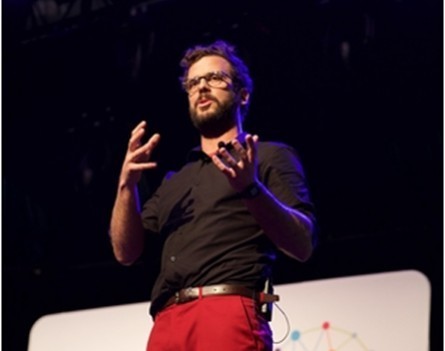 A Melbourne startup is aiming to empower other early-stage companies by showing them where they sit in relation to major global technology trends.

“Our main activity is we speak to startups, businesses and schools about the possibilities out there,” Hervey tells StartupSmart.

“We provide critical, optimistic macro-trend analysis to get them thinking about the future.”

Hervey says Future Crunch began as a think-tank to share news and stories based on science and technology that would encourage people to think about solutions for humanity.

“We’re not a traditional startup with a product to scale and make money, but it’s a passion project to form a community of like-minded people,” he says.

Hervey says we’ve seen incredible science and technological breakthroughs lately which present a wealth of opportunity and ideas for new startups and entrepreneurs.

If you’re stuck for an idea, here are Future Crunch’s top tech developments to get excited about.

“We’re building a world where you can scan any object and create it yourself,” he says.

He predicts this will be as revolutionary as the mobile phone.

“It’s linked to the internet of things where the physical world comes together with the internet.”

Hervey says biotech advances in DNA editing over the past 12 years have brought science fiction to life.

He says CRISPR, a new genome editing tool, could be the most important invention of the 21st century.

“It’s a cut and paste tool that lets you swap out any piece of DNA in our code,” he says.

Dr Hervey says biotech advances like this have helped stop AIDS, cured a girl from leukemia, altered crop genes and even genetically modified a human embryo.

“We’re on the cusp of an age where you can change any genetic code in any living thing,” he said.

“Last December, 200 global leaders decided that by 2050, we need to get to a zero carbon economy,” he says.

Hervey says this means that fossil fuel corporations are now on the wrong side of history and the transition to renewable energy is no longer in doubt.

“It’s amazing that we will actually see this change in our lifetimes,” he says.

As many have predicted, Hervey agrees this will be the year for virtual reality consumer electronics.

However, he doesn’t believe this will be as big as smartphones.

He expects major announcements in the driverless car space.

“Tesla electronics are able to drive autonomously 90% of the time thanks to software updates,” he says.

He also predicts an increase in the internet of things but Hervey encourages more creative thinking by inventors in this market.

“The problem most companies are having are they are using technology from the past and trying to update that for the future,” he says.

He points to an example of an umbrella with a handle linked to a weather app that makes it turn blue before it starts raining.

“It’s like a sword from Lord of the Rings, it seems like an enchanted object and that’s the kind of thinking we need,” he says.

“I’m hoping we will see the first killer app for the internet of things this year.”

Following the Turnbull statement, Hervey believes there will be an explosion of startup activity that will be celebrated by the media.

“It’s going to be the breakthrough year for entrepreneurs in Australia,” he says.

“This a great time to start up something and get investment.”