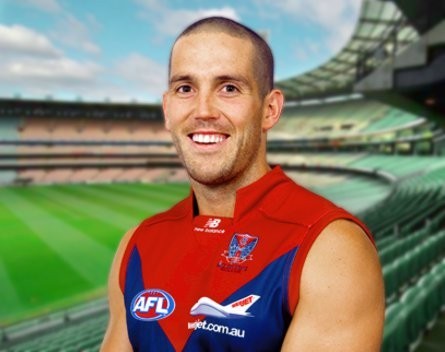 When James Magner moved to inner Melbourne to play Australian Rules football for the Melbourne Football Club he ditched his car for a bike to get around and avoid traffic.

While looking to upgrade his bike, he came across glow-in-the-dark fixed single-gear bikes, known as ‘fixies’, which he thought looked interesting.

But when he tried to have one shipped to Australia from the US, the distributors weren’t interested.

Undeterred and determined to get one, last November Magner set up his own business, Glow Fixie, to import and sell the colourful bikes.

“I thought ‘that’s a pretty awesome point of difference’,” Magner, 26, says of the glow-in-the-dark feature.

“A couple of times I was unsure how it was going to go but when you take it for a ride and see its reflection in a car, it’s pretty awesome.”

Magner travelled to China to choose a manufacturer for the bikes, which are assembled in a corner of his father’s factory in Melbourne’s south-eastern suburbs.

While fixie bikes are commonly associated with the ‘hipster’ inner-city crowd, Magner says most of his customers so far have been in their teens and early 20s.

The bikes are sold through his website and shipped around the country, although Magner says he’s considering setting up a pop-up shop over the summer to generate more interest.

Magner is one of many Australian footballers who have an entrepreneurial interest and have started or become involved in new businesses.

Magner says that given he started playing football a little later in life than many others (he was drafted aged 24) he knows what the “real world is about to a certain extent”.

“I’d say the majority of people [footballers] are thinking about life after football,” he says.

To that end Magner is also studying nutrition at university, as well as running Glow Fixie.

So how does he manage a full-time football career and his other activities?

“Being organised is the best thing,” he says.

He says he does a lot of work through email and has outsourced the building of the bikes and their delivery to make things easier for him.

And since setting up his business Magner has learnt a few things along the way that could apply to others considering their own businesses.

“I should have had more customer feedback initially,” he says.

Magner says some bike colours haven’t been as popular as he thought they might be.

“Probably due to me not getting in touch with the customers about what they want, what’s ‘in’ at the moment,” he says.

He also suggests people have to be passionate about what they’re getting into.

“I love riding bikes,” he says.

“If you’re not passionate about it, it’s harder to stay motivated if you have some setbacks.”