Going global against all advice with no funding: HealthKit co-founder shares their Start-ups are Scary moment 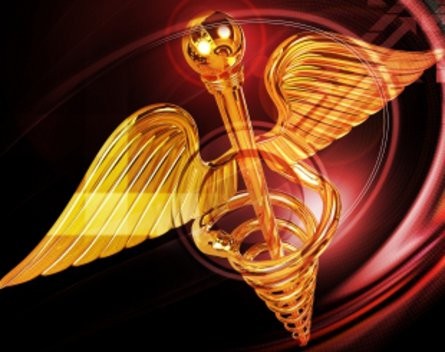 Most of their friends said not to do it.

They said a global health administration system would never work as every country is so different it’d be a nightmare to build and next to impossible to sell.

But the founders of HealthKit, Alison Hardacre and Lachlan Wheeler, decided to do it anyway. Halfway into the rebuild, they realised just how much work it was going to take.

Launched in July this year, HealthKit is a data-driven start-up built on the back of an efficiency-boosting administration system. Wheeler and Hardacare had been managing an Australian-only version of the software they built when in 2012 they decided they were ready to go global.

Hardacre told StartupSmart they had to completely rebuild the software and sales process. They were several months into the program when they realised just how big the task they’d set themselves was.

“Going from running a business that’s working, to something that’s more of a dare but has so much opportunity is terrifying,” Hardacre says.

“Having started that process, and then realising how big our decision was, was incredibly challenging. A lot of people asked us if we were completely crazy. It’s hard to ignore everything people you care for are telling you.”

Hardacre was confident their software was flexible enough to work in any market, but they had to overhaul significant sections of it for their international roll out. As she had been selling the software via demonstrations and telesales, she also had to create a whole new marketing approach.

“When you start a business, you’re the kid before their birthday, you’re just so excited. That excitement, and the blindness and denial that comes with it protects you for a bit, and gives you the strength to do something world-beating. Then it sinks in,” Hardacre says. “When we realised how enormous our decision was, it was completely overwhelming. It was suffocating and I couldn’t think straight.”

Building out software so it has global scalability and launching in another market are common points start-ups seek funding to enable. But Hardacre says investors weren’t convinced the risk was worth it.

“We had to completely overhaul how the clinics could manage their billing. It’s not sexy, but that’s what we needed to make it global,” Hardacre says. “There was just so much scepticism from potential investors, we knew we’d have to build it ourselves. We’d have to fund it ourselves and we’d need to get the customers before anyone backed us.”

Hardacre says from mid-2012 until they launched the product in July this year, she was obsessing over the business every minute of every day.

“We’d put a successful business on the line to go for a massive opportunity, everything was on the line and it was just so enormous. And it came down to us. I became obsessive, but you have to be if you want to change the world,” Hardacre says.

Since launching in July, HealthKit has over 1,000 clients: 70% of which are in Australia and the remaining 30% in the US, United Kingdom, Canada, Ireland and New Zealand.

“We have thought about hiring customer development teams, but at the moment we’ve got a 7% success rate and an acquisition cost of 17 cents per customer, so it’s working really well,” Hardacre says.

hey recently received another surge of investment from angel investors, bringing their investment total to $500,000.

“My friends keep saying I look so much more relaxed. These funds mean we avoid the resource crunch when you finish developing, start marketing and growing and run out of cash,” Hardacre says.

The funds will go towards hiring more developers and country managers in their foreign target markets.

“Being in a financial crunch makes you intensely risk averse, but what we were actually doing was incredibly risky. It was a permanent stress over our heads all the time. What kept us going then, and now, is knowing we’re making health better for everyone,” she says.

As HealthKit grows, not only will it enable more efficient booking of medical appointments and minimise the administration that holds doctors back from seeing patients, it’ll also provide an international and growing pool of anonymised data that can be used to better understand global health trends.