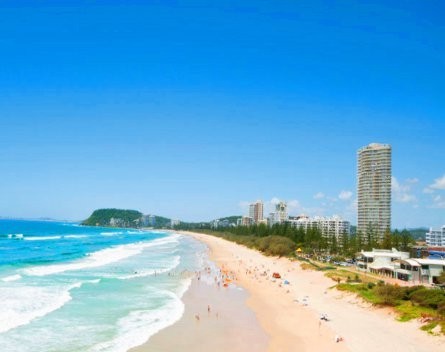 The Gold Coast and Adelaide have topped a list of the fastest-growing regions for online retailers, according to research released by online payments giant PayPal.

The company has released a list of the top growth areas where online small and medium businesses are recording the largest rates of growth. The Gold Coast and Adelaide top the list, followed by Byron Bay and Lismore in New South Wales, along with Torquay in Victoria.

The data covers businesses turning over anywhere up to $1.2 million a year and rates areas based on year-on-year revenue growth.

Emma Hunt, the head of small business at PayPal, told SmartCompany the research shows online retailers are making inroads without being connected to a major city.

“Lots of people are looking for more flexible lifestyles and are getting out of metropolitan areas. They’re taking to these centres where there are regional hotspots of tourism.”

The areas listed in the chart note where new businesses are located. Hunt says the high rates of tourism there indicate that sector is becoming more savvy in how to use online tools to earn revenue.

Half of the areas on the list are located in Queensland.

Businesses in these areas are even growing at a faster rate than the equivalent top 10 in metropolitan areas.

Hunt says the tourism sector is fuelling much of the growth, but also notes the growing internet usage capabilities of the general population – especially older Australians who head to these regional areas for retirement.

“A couple of years ago what we saw was small businesses growing at much faster rates than the larger players, simply because they were more agile,” she says.

“From there, we’ve seen more businesses see the opportunity of going online, and not just in those metro areas.”

However, access to internet has been a key issue for businesses and individuals in regional areas. Such spotty access has been the catalyst for the debate about the National Broadband Network.

“This data shows you’re able to service customers no matter where you are,” Hunt says, adding infrastructure access in regional areas remains a priority for economic growth.

“It really does speak to the tourist market in a lot of these locations, but also how people are beginning to innovate and see people build on new, innovative ideas.”