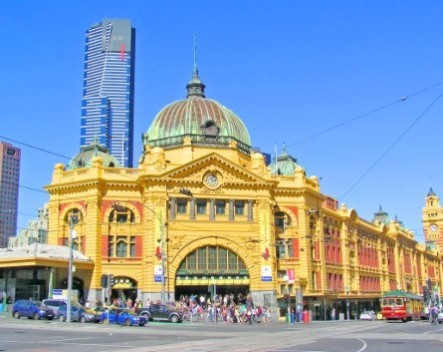 Melbourne has topped lists for the world’s most liveable city and is now seeking to further improve that status with a call-out to start-ups to help it fix urban planning challenges.

Launched this week, the Smart Start City program will share data from the City of Melbourne and Telstra with start-ups, who can use the information to build businesses.

The program is coordinated by David Austin, an associate professor of entrepreneurship at the Melbourne Business School. He also runs Bailey Austin, a specialist consulting company and the third company involved in the project.

There will be several open events and initiatives, before the 10-week incubator program launches. There are a maximum of 50 places in the incubator program, limited to one company per industry.

Teams will receive access to an office, high speed internet, data and mentoring and emerge from the program with a validated business plan.

Austin told StartupSmart equipping start-ups with this data could be a breakthrough for Melbourne.

“It’s about anything that makes Melbourne thrive, some of those will be urban planning, but a lot of ideas can happen when you get access to multiple types of data,” he says.

Projects could include creating apps and services, or identify new markets. For example, Austin says a start-up could use traffic data and the movement of mobile phones to predict where parking spots are likely to be.

“We know only 27% of people who come into the city everyday spend money here. So over 70% of people spend nothing, so you could target something at these people,” Austin says.

He says they’re expecting both start-ups and existing small businesses to use the data to improve their offerings.

“I know there are a lot of businesses out there that have a reasonable proposition, are getting a bit of traction, but would really take off if they had the right data,” says Austin.

“I’m excited that it’s going to provide start-ups with an advantage they’ve never had before. When I started my first business it was really hard. What really excites me about today is that small companies can have the opportunities and information big companies have, and lots of start-ups will have a much better chance of success.”

Last August Melbourne was named the world’s most liveable city for the second year running in The Economist Intelligence Unit liveability survey.