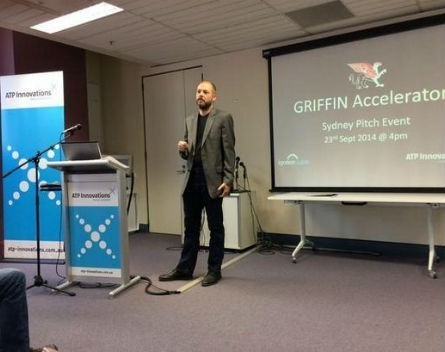 Startups are being urged to apply for the Canberra-based Griffin Accelerator program in order to snap up $25,000 in seed funding.

The accelerator is a three month intensive program running from June through to August. Participants will be based out of the Entry 29 co-working space and will be mentored by some of Canberra’s most successful entrepreneurs.

“There are actually a lot of very successful entrepreneurs here in Canberra but they’re not always well known,” he says.

“We’re capitalising on that resource that’s been built-up. And secondly we are creating a critical mass. It doesn’t have to be as big as Sydney as we’re a smaller place, but we have got quite a connected system.”

Davis says the mentorship program is one of the drawcards of the Griffin Accelerator. Mentors for the 2015 intake will include Sylvia Tulloch, who has floated two businesses, and Murray Rankin, the founder of The Distillery.

“A mentor-based program is only as good as the mentors, and we think we’ve got really high quality mentors,” Davis says.

As for the kind of startups that will catch his eye, Davis says diversity or startups that stand out from the crowd will be a big drawcard.

“We’re not just looking for your typical weather apps – we’re happy to work with product businesses, research and innovation and anything where we see potential,” he says.

“We’re really looking for a good diversity of applicants as well. We want to make sure we’ve got lots of women and other types of diversity as well as a diversity of businesses. If you think you’re not the usual fit, you should definitely look at Griffin.”

Applications for the Griffin Accelerator program close on May 1.

Shortlisted applicants will pitch their startups to the program’s mentors on May 7, with successful businesses finding out whether they are accepted into the accelerator either on the same day or the day after they pitch.