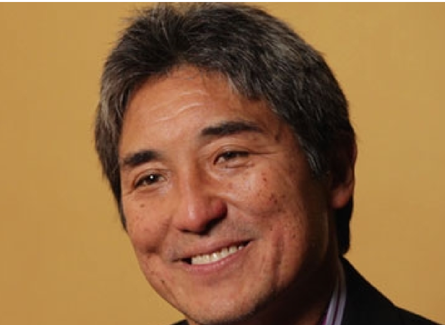 He says a startup’s MVP must not only be viable, but also valuable and validating.

“You can have a product that is viable but not valuable,” he tells StartupSmart.

When Kawasaki says valuable he’s not talking about financial value, he’s referring to something that can make people’s lives better.

“It’s a higher test, and the ‘v’ for validation is because the startup could ship something that is viable, but what you want is validation that your vision is correct,’’ Kawasaki says.

“To really knock evangelism out of the park you need something like that.”

In a post on his blog, Kawasaki points out “it’s very hard to evangelise crap” and a great product or service must embody five qualities: it must be deep, intelligent, complete, empowering and elegant.

While it may sound like those qualities are incompatible with the idea of an MVP, Kawasaki says that’s not the case.

“I’m not being naïve,” he says with a laugh.

“I’m not saying every product needs to be perfect before you ship, the first Macintosh was hardly perfect, but it was still revolutionary.

“Arguably the more revolutionary the product, the more shortcomings it can have.”

He says evangelising a product or service, is incredibly important for startups, and the only way it can be done is by people who genuinely believe the product will help people.

“If you had infinite money and infinite time, you’d just throw money at the problem.

“The good news and bad news (for startups) is it forces you to go through an acid test. Is your product so great that people can, and want to, evangelise it?

“If it fails that test, it sucks.”

Kawasaki says the organic growth of evangelisers of a particular product or service is a sign a startup is heading in the right direction, and can’t be looked upon with too much suspicion.

“At some level, either the dogs are eating the food or not,” Kawasaki says.

“If you don’t have evangelists, that’s a pretty telling tale.

“In many cases the company doesn’t know what to do with them and doesn’t like them. You can imagine conservative companies and people are starting to offer their help, in many cases for free, and you’re wondering why – that can make some companies feel insecure.

“Apple would not be here today if it wasn’t for the Macintosh user group and Macintosh evangelists.

“If Apple was incapable of doing it on its own, there’s a good chance your startup needs help too.”

Kawasaki became Canva’s chief evangelist after co-founder Cliff Obrecht noticed Kawasaki had been using Canva on his blog and tweeted him about it.

From there an agreement was made to bring Kawasaki on board in a full-time capacity, in exchange for an equity stake in the company and a $1 per year salary.

He says he joined because of the size of the opportunity.

“It’s good to be here with all these engineers, trying to change the world,” he says.