Hackagong aims to kick along its startup ideas 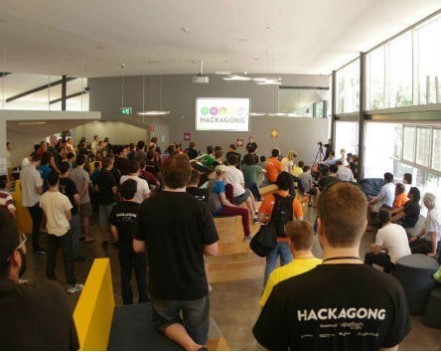 There is a hackathon held almost every other weekend in Australia now, and most follow the same formula.

Teams will form on a Friday night and Saturday morning, come up with an innovative solution to a problem, build a startup from the ground, and then pitch it on the Sunday. Some of these ideas will have real potential, but most will be forgotten after the winners are announced.

Now one of Australia’s largest hackathons wants to make sure the entrepreneurs participating actually follow through with their ideas.

For Hackagong this year, participants going for the major prize will have to create a crowdfunding campaign at the end of the weekend, with the five teams that raise the most amount of money then facing a judging panel at a demo day in October to decide the winner.

Hackagong organiser Stewart Wilson says this is something he hasn’t seen any other hacking event do, and will help make sure the ideas aren’t thrown away after the weekend.

“We found with previous hackathons that the teams don’t really work on the idea or product after the event,” Wilson says.

“Making them submit their project to a crowdfunding campaign means they have to think about the marketing side and the future of the product.

“If that goes well, then that’s all the more reason to continue with the startup.”

Beginning on September 19 in Wollongong, teams will have 30 hours to build something innovative and pitch it to judges and investors.

The event is being run by the University of Wollongong’s IT society , and the winning team will get $5000 in cold hard cash and business mentoring, web hosting as well as co-working space worth about $45,000. Overall there’s a prize pool of over $100,000.

The organisers are expecting more than 150 competitors to take part.

“Even if you don’t win anything, you come out of it with an idea.”

Hackagong was first held in 2012, and since then has attracted over 700 people across four hackathons.

Alumni from the weekend event include inaugural winner gift crowdfunder Giftling and Liquid Wallet, which later raised nearly $20,000 on Kickstarter.

It’s important to hold startup events like this outside of the major Australian cities, Wilson says, for both the entrepreneurs and the regional town itself.

“Not everyone can make it up to Sydney or a major city,” he says.

“Some people may feel threatened by events that are run in major cities, so they can just come down to Wollongong instead.”

“Stuff is changing here all the time and people are getting laid off. It’s time to change that feeling of Wollongong being a steel city, to it being more of a startup city.”