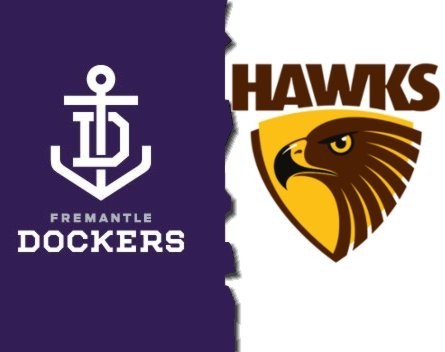 Now, for those of you who are from the northern states or overseas, AFL footy is actually a simpler sport to understand than it might appear at first glance.

See, the whole thing is a morality play about good and evil. The team wearing brown and gold are the unlikely good guys – although ‘good guys’ is perhaps not strong enough a term. Truth and justice in its purest institutional form. The paragons of high virtue, even.

The rest are either simply there to give them competition and make up the numbers. That, or pure evil.

As you might be able to tell, on this subject, your humble correspondent could, perhaps, be described as a one-eyed supporter. That said, it would be presumptuous to believe this one’s in the bag – Freo are going to be tough opponents to beat.

So, in the spirit of that one day in September, here are six business lessons from the Hawks and the Dockers:

1. What your brand represents is more important than how it’s presented

Let’s face it, brown and gold is quite possibly the most unattractive colour scheme of any professional sports team anywhere in the world. And the Dockers’ old colours – purple, red, green and white – probably run a close second.

Yet, with a total membership this year of 63,353, Hawthorn has managed to achieve a higher membership nationally than the estimated membership of either the Liberal Party or the ALP – and larger than both major parties combined within Victoria.

Aside from keeping the glory hounds off the bandwagon, using brown and gold also links back to over a century of history and tradition for supporters of the family club.

Supporters, your humble correspondent included, fondly remember the good old days of Glenferrie Oval and Waverley Park – two of the greatest stadia this land has known.

The lesson is simple: worry less about symbolism and more about making your brand represent something people can believe in.

Hawthorn has had great years, and it’s had the kind of years where Ken Judge was the coach and Simon Crawshay was in the forward line (and the less said about that era the better).

Nonetheless, they’ve delivered their fans at least one premiership flag in five consecutive decades, and if they win on Saturday, that gets extended to six.

Hawthorn reliably delivers its supporters premierships. What does your business do reliably?

The interesting thing about both clubs is that they took a long time to initially get to the top. Hawthorn first entered the VFL (the predecessor of the AFL) in 1925 and didn’t win their first flag until 1961. The wait for Fremantle might not be as long – they joined the AFL in 1994 and made their first Grand Final in 2013.

Many years of striving just makes it better when your Hawks are flying.

One of the great rivalries of modern football has been between Geelong and Hawthorn. After losing to Hawthorn in the 2008 grand final, Geelong vowed to never let the Hawks beat them again.

Well, that winning streak was ended this year, with Hawthorn winning the preliminary final and making it to the grand final – the match that counts. Just like they beat Geelong back in 1989, when it really counted.

5. The back page matters for business

Why discuss the grand final on a website about businesses? Because sport matters!

In a sports mad nation where a big win can make the front page, sport holds valuable social currency. From AFL club coteries to local team sponsorships to small talk about sport at business networking events, following elite sports can be a profitable diversion for you and your business.

6. String up those colours!

If you’re in retail, don’t forget to show your team colours! String ’em up now!

So what’s your take on the 2013 grand final? And what lessons have you taken from the sporting field? Leave your comments below!

Get it done – and carn the Hawks!