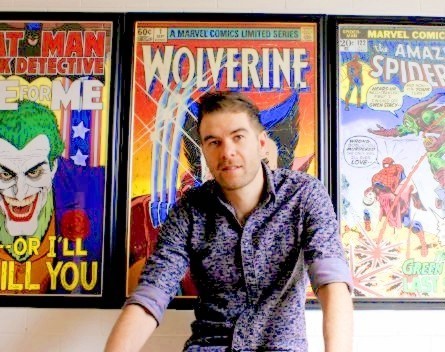 For years, the overnight success story he was craving eluded Nic Blair.

The digital entrepreneur has 10 startups to his name, and has personally lost $43,000 along the way.

“Failure is how you learn, though. It’s all part of the journey,” he says.

Blair began turning his ideas into business ventures in 2007, and spent the next year juggling his time between six startups with a couple of business partners. These included a Facebook app, a directory for a martial arts business, online marketing agency NSM Digital and online content network Luscious Media, which included Knockout Bids and Play Free Online Games.

But none of the ideas worked, and the trio walked away from all the businesses and returned to the traditional workforce.

The 28-year-old Brisbane man had lost $25,000 all up, though landed a job in online marketing for Flight Centre and wanted to repay his debts.

“I had to accept that I needed a job to pay the bills. It was hard, because I had so many ideas.”

He started his seventh startup, SEO and SEM agency Search Factory, on his own in 2011 after quitting Flight Centre, and it has been successful.

Search Factory has grown to employ a team of 27 people and a further 25 contractors (all based in Australia). It has almost quadrupled turnover from around $560,000 in their first year to $2.2 million in their third year.

“We’re constantly cleaning up digital messes for clients, getting penalties removed so they’re ranking again, that sort of thing. We focus on high quality search, so we don’t outsource to overseas, which is a model that has worked well for us.”

At the same time, he launched number eight – a network of 25 travel websites called the All Site Network – which he hoped to turn into a lead generation business, though this ultimately failed.

“The whole concept was good, but I wasn’t practising what I was preaching about lead generation, so it fell over. Google changed its algorithms, which hurt the business, too. I sold it cheaply and walked away with an $18,000 loss.”

In September 2012 he launched yet another startup, mobile apps business Brus Media, which has also been a success. This was his ninth startup.

Brus Media is an affiliate network focused on performance-based advertising for mobile apps. It helps clients monetise and grow their iPhone, iPad and Android apps.

In a nutshell, Brus Media offers promotional opportunities for advertisers and game developers. Blair and his co-founders have helped grow some of the largest gaming apps, including Candy Crush Saga, Castle Clash, Clash of Clans and Slotomania.

Both Brus Media and Search Factory were launched with no capital and present huge overseas growth opportunities, which Blair is focused on now. He was recently named in the 2014 Australian Anthill 30 Under 30 list.

A recent opportunity to purchase FreeRiderMX magazine (print circulation of around 8000) also presented itself, which Blair seized upon. He’s trying to revive it by focusing on a stronger digital strategy to grow print sales, which marks his tenth business, which he’s rebuilding from the ground up.

The biggest lesson he’s learned has been the importance of focusing on one startup at a time.

“The gap between closing down and opening a new business hasn’t really existed for us. Sometimes if the idea strikes, we’ve just gone out there and launched a new startup. I probably wouldn’t do that again. It’s far better to focus on one thing at a time,” Blair says.

“I’ve also learnt that you don’t need a bunch of money to start a business. The marketing side of business is definitely a skill learnt, because that’s going to make the startup, or not.”

Don’t put barriers between yourself if you’re thinking of starting a business, he says.

“Most people I speak to are thinking about starting a business, but tell me all the reasons why they can’t do it now. Don’t wait until everything is perfect to get started. Particularly in the tech world.”