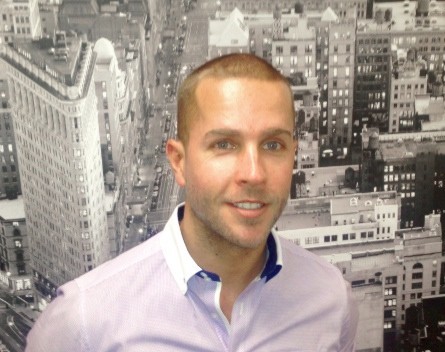 Nick Bell’s skincare business wasn’t doing too well when he decided to investigate search engine optimisation to boost the effectiveness of his website.

But no SEO company would give him a guarantee that what they could do would help for the dollars he was going to spend.

“So I thought, ‘stuff it I’ll do it myself’,” he tells StartupSmart.

In 2008 he started Web Marketing Experts from his bedroom, taught himself SEO by researching online how to do it, and has since grown the business to having offices around the world and expected revenue of $30 million this year.

Bell says when he started out in the SEO business the market was competitive, but not as “saturated” as it is now.

He says his strength was analysing what was wrong with websites and identifying what needed to be done to fix them to improve their search engine results.

Bell started cold calling companies and was told to “piss off” but “I was very persistent”.

“When I got a client on board I would give them top notch service. If they called at 11pm and wanted something, I did it.”

Bell says he knew he was onto something with his new business when in the second week of starting out he received a cheque for $10,000 from a client in the mail. Within six weeks he was earning $30,000 a week.

“Then it just evolved from there.”

From humble beginnings in his bedroom, Web Marketing Experts now has offices in Melbourne, Sydney, Singapore, Dubai, California, Hong Kong and Vietnam and employs 280 people. There are plans to open offices in London, New Zealand and Argentina.

The company has also diversified into a number of other areas including building apps and internet traffic optimisation.

And it’s done so without taking any investment.

“I have had people offer to buy the business out or invest, and I’ve thought about it, but thought it would hold me back,” he says.

Bell says taking on investors would mean having to answer to a board: “So instead of making a decision in a week, it might take six months.”

He says when he started out, SEO was easy. But now, due to Google’s continued algorithm updates, SEO has become far more strategic and needs high level problem-solving to dominate the search results.

Bell stresses that as long as Google exists, SEO is a feature businesses will need to apply, and warns businesses need to get it right otherwise they could be penalised in search results.

Bell says he didn’t have an IT background when he started out in SEO and his parents weren’t too keen on him pursuing that path.

But he says after putting his head down and working from his bedroom for a year and seeing the company’s success, “they’re very happy now”.