How frugal innovation can kickstart the global economy in 2016 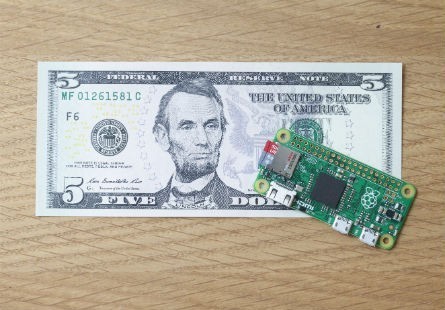 In late 2015 a Cambridge-based nonprofit released the Raspberry Pi Zero, a tiny £4 computer that was a whole £26 cheaper than the original 2012 model. The Zero is not only remarkable for its own sake – a computer so cheap it comes free with a £5.99 magazine – it is also symptomatic of a larger “frugal innovation” revolution that is taking the world by storm.

With the global economy struggling, this is the kind of innovation that could kickstart it in 2016. Empowered by cheap computers such as the Raspberry Pi and other ubiquitous tools such as smartphones, cloud computing, 3D printers, crowdfunding, and social media, small teams with limited resources are now able to innovate in ways that only large companies and governments could in the past. This frugal innovation – the ability to create faster, better and cheaper solutions using minimal resources – is poised to drive global growth in 2016 and beyond.

More than four billion people around the world, most of them in developing countries, live outside the formal economy and face significant unmet needs when it come to health, education, energy, food, and financial services. For years this large population was either the target of aid or was left to the mercy of governments.

More recently, large firms and smaller social enterprises have begun to see these four billion as an enormous opportunity to be reached through market-based solutions. These solutions must, however, be frugal – highly affordable and flexible in nature. They typically include previously excluded groups both as consumers and producers. Bringing the next four billion into the formal economy through frugal innovation has already begun to unleash growth and create unprecedented wealth in Asia, Africa and Latin America. But there’s much, much more to come.

Take the case of telecommunications. Over the last decade or so, highly affordable handsets and cheap calling rates have made mobile phones as commonplace as toothbrushes. In addition to bringing massive productivity gains to farmers and small businesses – not to mention creating new sources of employment – mobile phones also enable companies to roll out financial, healthcare and educational services affordably and at scale.

Take the case of Safaricom, Vodafone’s subsidiary in Kenya. In 2007 the company introduced M-Pesa, a service that enables anyone with a basic, SMS-enabled mobile phone to send and receive money that can be cashed in a corner shop acting as an M-Pesa agent.

This person-to-person transfer of small amounts of money between people who are often outside the banking system has increased financial inclusion in Kenya in a highly affordable and rapid way. So much so that more than 20m Kenyans now use M-Pesa and the volume of transactions on the system is more than US$25 billion, more than half the country’s GDP. M-Pesa (and services like it) have now spread to several other emerging markets in Africa and Asia.

Similar frugal innovations in medical devices, transport, solar lighting and heating, clean cookstoves, cheap pharmaceuticals, sanitation, consumer electronics and so on, have driven growth in Asia and Africa over the past decade and will continue to do so in the decades to come.

Meanwhile the developed world is catching up. Declining real incomes and government spending, accompanied by greater concern for the environment, are making Western consumers both value and values conscious.

The rise of two massive movements in recent years, the sharing economy and the maker movement, shows the potential of frugal innovation in the West. The sharing economy, exemplified by Airbnb, BlaBlaCar and Kickstarter, has empowered consumers to trade spare assets with each other and thus generate new sources of income. The maker movement, meanwhile, features proactive consumers who tinker in spaces such as FabLabs, TechShops and MakeSpaces, designing solutions to problems they encounter.

Square, a small white, square device that fits into the audio jack of a smartphone, using its computing power and connectivity to make credit card payments, is an example of a product that was developed in a TechShop. Launched in 2010, the Square is on track to make US$1 billion in revenue in 2015.

Frugal innovation not only has the power to drive more inclusive growth by tackling poverty and inequality around the world, it is also increasingly the key to growth that will not simultaneously wreck the planet. The big issue at the Paris climate summit was the increasing wedge between the developed and the developing world. On the one hand, the rich countries cannot stop the poor ones from attempting to achieve the West’s levels of prosperity. On the other, however, poor countries cannot grow in the way the West did without wrecking the planet.

The only way to square this circle is to ensure that the growth is sustainable. The need for frugal innovation is therefore all the more vital in areas such as energy generation and use, manufacturing systems that are more local, and a move to a circular economy where companies (and consumers) reduce, reuse and recycle materials in a potentially endless loop.

Never before have so many been able to do so much for so little. Aiding and stimulating this frugal innovation revolution holds the key to driving global growth by employing more people to solve some of the big problems of poverty, inequality and climate change that stalk the planet.