How Slack was created from a failed computer game 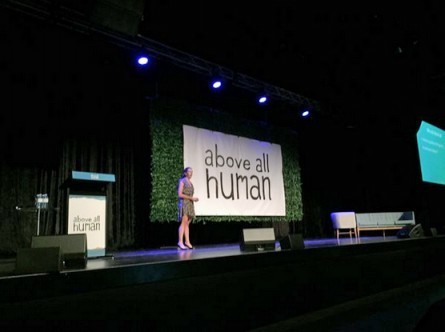 Slack, one of the world’s fastest growing startups, was created by accident and from the failure of a computer game.

Speaking at the Above All Human tech conference, Slack director of customer experience Ali Rayl says though failure can seem like the end of the world it offers a wealth of new lessons and opportunity in business development.

Rayl says Slack emerged from the failure of a computer game called Glitch, where players had to find and grow resources and build communities.

It received more than $US15 million in funding by 2011 but was shut down the following year.

Rayl credits the downfall of Glitch to choosing the wrong underlying platform, insufficient traction and burning money on a product with no returns.

“I don’t know why the game failed,” she jokes as she recounts some of Glitch’s “fun” activities like waiting, minding and tidying.

The failure brought great challenges including the difficult decision to let people go.

But it also created a new path, she says.

In dealing with the dilemma “when your never-ending game ends”, Rayl says the team had to restructure their mindset which led them on a new track to improving the ways people collaborate at work.

They began thinking about how people work together, what it means to do a good job, how workers support each other and how people could be genuinely rewarded and motivated as players are in games.

“This is where gamification creeps in,” she says.

What eventuated was Slack, a business communications product to help people get some slack in their lives so they can be less busy.

She says this redevelopment is one of the exciting things about game mechanics and software development.

“We’re building something we can continue working on forever.”

Rayl says the startup was able to rehire a lot of the people they let go and have now started hiring in Melbourne.