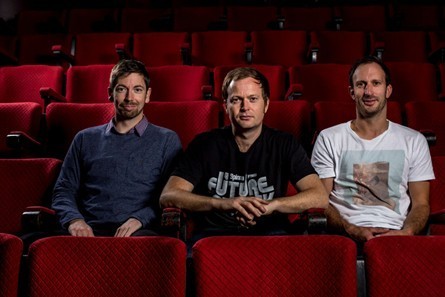 Startups should wait until they’re happy with their product and have proven traction before seeking initial funding, Biteable co-founder James MacGregor says.

The video-making software startup has just closed a $1.1 million seed round, led by Tank Stream Ventures and BridgeLane Capital, on the back of “double digit” month-on-month growth.

The company bills itself as the “world’s simplest video maker”, and gives users the tools and content to create their own personalised videos in minutes.

After launching early last year, Biteable now has 90,000 customers that produce more than 1000 videos each day.

The key to its success seed funding round was being patient and focusing on the product first, MacGregor tells StartupSmart.

“Our aim was to build a first version of the product and get to 1000 users before we raised a seed round. By the time we were pitching we had tens of thousands of users.

“The fact we had traction by the time we were pitching really made the difference.

“Investors would look at our figures and then we could say, ‘oh we’ve actually doubled those numbers now’.”

While some startups need large amounts of funding to get a product off the ground, those that don’t should look to develop and launch the product before turning to investors, MacGregor says.

Growth has been exponential for the Tasmanian startup, with Biteable bringing on 24,000 new users in just the last month.

“It has built its own momentum,” MacGregor says.

“People can use the product for free with a watermark and this has helped drive traffic to attract more users.

“Every month is getting bigger and bigger, so now the real task is to make the product better and scale up the infrastructure.

“We know what the users want; we just need to build that. Our aim is to make creating awesome videos that actually look like a TV ad really simple.”

The startup’s success owes a lot to the recent popularity of video content on social media, MacGregor says.

“We’re really riding the wave of video at the moment,” he says.

“All the big players are pushing video and suddenly there’s huge demand for it. The tools out there for making it are still pretty basic and we have a head start.”

Located in Hobart, far away from startup hubs like Melbourne and Sydney, MacGregor says his location has never been an issue.

“With the nature of the internet you can work remotely on anything,” he says.

“We were focused from day one on a global market, and the majority of our users are from overseas.

“People don’t care where we’re from.”