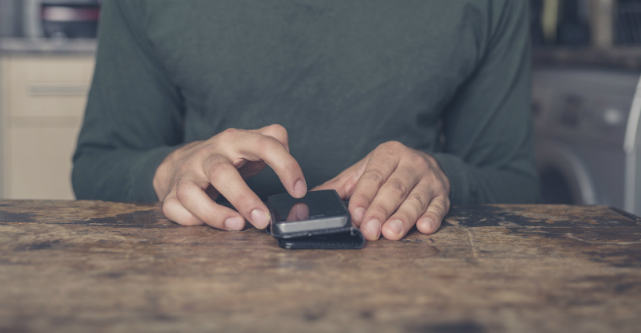 Serial entrepreneur and tech expert Steve Sammartino built an MVP for his new startup in just 31 minutes and with just a few tricks, he says you can too.

The Melbourne-based founder has teamed up with former Lonely Planet CTO Gus Balbontin to launch the new company looking to disrupt the $13 billion global surfing market.

The duo launched the app, which connects surfers around the world, after quickly mashing together an MVP and had active users by the end of the same day.

Without any media coverage or advertising, Sammartino says Sneaky Surf now has thousands of highly engaged users, and he has some lofty ambitions for the young startup.

He says there are five key steps to build an effective MVP for your startup.

1. Find a community and solve a problem

Before beginning to build the initial product, Sammartino says you need to find a passionate community and then formalise these informal groups of people.

“To provide product solutions, you need a community,” he says.

“The best digital services leverage the behaviour that’s already there. If you look at Tinder, it replicates what people do when they walk into a nightclub. All Tinder did was create a digital version of existing behaviour in a physical world.

“All they did was formalise that informal behaviour.”

This was the approach the two entrepreneurs took with Sneaky Surf, which aims to bring together informal groups of surfers from around the world using technology.

Sammartino says that surfers already message each other about the best locations to surf, the less crowded sports and share photographs, but until now there has never been an effective way to connect all these fragmented people.

“We had no desire to build an app, the app almost built itself for us,” he says.

2. Get creative about building the app

Founds need to look outside the box when developing a very early-stage version of their offering, he says.

When building the Sneaky Surf MVP, Sammartino turned to project management app Trello, using it to create a proxy app with potential features like checking-in at surfing destinations.

“It’s not just something to organise project work,” he says.

“It actually can become a proxy for what you want to build and each board becomes a feature.

“We went from concept to launch within 30 minutes by using an app not intended for its purpose. This is classic hacker mentality.”

3. Use data from the MVP to design the user experience

The Sneaky Surf team then reached out to early-adopting surfers, who were asked to download the app and act as testers, providing feedback and interacting with the concept, and also being asked to invite friends and strangers to also download the app.

“We watched what they were doing,” Sammartino says.

“We watched that behaviour and that became our user experience. It was really seamless – that didn’t cost anything.”

They also included a battery usage test to work out how often these testers were using the Trello app.

“Only when Trello was in the top four of all our users did we decide to build the app.”

This Trello experiment went for nine months with 30 people, until the team had enough data and information to send on to the app development team.

“You have to make them jump through the hoops,” he says.

“Sometimes founders miss the mark by making it too easy.”

Sammartino has been working with a coder and developer based in Moldova for more than 10 years across multiple startups.

He says this approach is cost-effective and that the time difference also means development can be accelerate across a 24-hour cycle.

Following the MVP test and app development, Sneaky Surf then launched a beta version of the app, with the early adopters given first dibs on it, helping them to iron out any bugs and get the full product ready for the market.

Now that it’s all public, Sammartino says that every post of Sneaky Surf gets between 40 and 70 interactions from the dedicated community.